Max George's acting role could break up The Wanted

The Wanted could be on the verge of breaking up after singer Max George admitted he would switch to an acting career if the right offer was made. 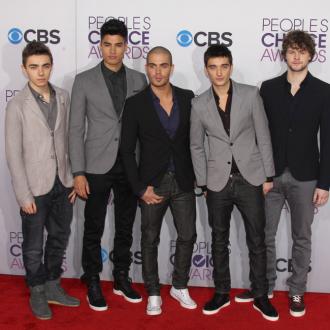 The Wanted could be close to a break-down as Max George eyes up an acting career.

The 24-year-old singer recently attended a mystery audition and has admitted he would walk away from the band is the money was right.

He told the Daily Star newspaper: ''I thought it was a joke at first. But I know it's probably going to take me out of the band for a little bit.

There have also been concerns after Nathan Sykes underwent surgery on his haemorrhaging vocal nodule, and band mate Jay McGuiness worries for his future if the group split.

He admitted: ''If the band split up, I don't know what I'll do. I can see us dropping like flies.''

There has been further dissension among the band members with Siva Kaneswaran revealing he is ''worried'' his reduced role in the 'Walks Like Rihanna' video could become a trend for the group - whose line-up is completed by Tom Parker.

Siva said: ''It's important to me to be an equal part of the song and now I'm worried that it might happen again in the future.''

The Wanted drop cover of East 17's Stay Another Day

The Wanted: Walks Like Rihanna is the worst song ever