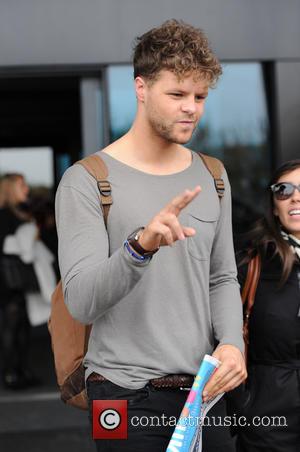 The ex-boyband member is currently British bookmakers' favourite to win the celebrity dancing contest, but his chances are believed to have been hampered by an injury he sustained during rehearsals.

Reports suggest he hurt himself when he accidentally kicked his dancing partner Aliona Vilani while practising steps for the next show on Saturday night (07Nov15).

"It has all been going very smoothly for Jay and it looked like he would foxtrot to the final," a source tells Britain's Daily Mirror newspaper. "But this week has been filled with problems. He can't get his head round the steps and has kicked Aliona a few times.

"They've barely completed it (their dance routine) correctly at all. Now Jay's knee is leaving him in real pain too so they can't work too hard. He's starting to feel the pressure."

Despite having some dance training as a child, Jay admits he has been struggling to master new moves for the show.

"I'm learning styles I've never done before, believe me, without Aliona, it would be car crash," the All Time Low singer told Britain's Hello magazine.