The Walkmen - The Rat - Video Streams

The Walkmen - The Rat - Video Streams

Since the 2002 release of The Walkmen’s debut, Everyone Who Pretended to Like Me is Gone, fans and critics have often described them as having the sound of two different bands: one with a chaotic, soaring, and unique live rock sound; and another with a spacious, wide-open recorded sound. This is certainly a fair assessment as Everyone... was written and recorded in their own studio before they had ever played a show. The live sound was developed during the two years of touring that took place after its release. On Bows and Arrows (Record Collection), the band's highly anticipated second album, the two styles gloriously collide. Self-assured and more fully realized, The Walkmen are growing into one of the most exciting bands out there today.

All five members of the Walkmen were born in the 1970s and spent their childhoods in Washington, DC. Singer Hamilton Leithauser and organist Walter Martin are first cousins and grew up across the street from one another. All but bass player Peter Bauer went to the same high school. Each listened to many of the same bands, went to the same shows and hung out in the same places handed down from generation to generation. One by one, each member moved to New York with the sole purpose of playing in a band. Paul, Matt and Walter started a group called Jonathan Fire*Eater with two other friends from Washington. Hamilton and Pete would often go to their shows and later, when they started their own group named The Recoys, the Fire*Eater boys would often lend their support. Eventually the two bands played together at the Bowery Ballroom one evening in late 1998. Not long after that show, however, both bands split up.

“Their band had broken up and ours was sort of on the outs,” says Leithauser. “We just decided to play together because we liked each other's bands."

After Jonathan Fire*Eater, Walter, Matt and Paul set out to build a recording studio up in Harlem. Set several floors below a police station in a large converted industrial space, Marcata Recording was destined become a home for the future band.

“We built the studio as a way of staying committed to doing music with each other in one form or another,” says guitarist Paul Maroon "It worked. Now we're stuck together."

Marcata was just nearing completion when the boys hatched the idea of starting a new band. All wanted it to sound far different than their old groups and yet still reflect their shared ideas and outlook. As Marcata opened, they set out to record an album. Marcata's cavernous space helped shape the sound as the band experimented and learned how to use the studio.

In March 2002, The Walkmen released Everyone… Over the course of the following year the record steadily received more and more attention, embraced by fans, radio and the press alike. During this period, the band traveled the United States and abroad, all the while recreating and improving their sound. By late 2003, they had traveled as far as Scotland and Greece, culminating this long period of touring with a show in front of 2,500 people in the pouring rain on a New York pier. Around this time, they had also begun recording the second album.

Recalling the endless hours spent on the first one, experimenting and redoing things that, perhaps, had not needed to be redone, the band worried they might have grown too comfortable at Marcata. By working elsewhere and setting down all the songs to tape at once, they hoped to expedite the recording process

“We thought we'd be able make the record quickly, just crank it out,” guitarist Paul Maroon says, “but we were dead wrong.”

In the end, much of Bows and Arrows proved to be just as labor intensive as the last record. While the seeds for many of the songs formed while the band lived in a farmhouse near Saugerties, NY, they headed south to Memphis, TN's Easley-McCain Recording (where great albums by Sonic Youth, The Breeders and countless others were produced) to record, and enlisted engineer Stuart Sikes (The White Stripes, The Box Tops). While the first session went smoothly, a second was interrupted by storms that blacked out the Memphis power grid for over a week (they would also be stalled by another black out in New York during mixing). By the time all was completed, the record had traveled from Tennessee to Mississippi and back to New Jersey and Marcata in New York, where, against most odds, the work was completed.

The end result is a far more complete picture then even they had set out to produce. Songs such as “The Rat,” “Little House of Savages,” and “My Old Man,” perhaps provide the strongest indication of the direction the band had originally intended. These songs are far louder and more chaotic than anything found on Everyone… It’s during songs like these where the sound of the band's hometown becomes distinctly apparent. When The Walkmen perform them live, they are playing as loud, as fast, and with as much emotion as the music allows. They are playing until they pass out.

While much of this louder fare took far longer than expected to write and record, it took the band by surprise when the lighter songs came together almost immediately. One example, “Hang on, Siobhan,” inspired by an old Appalachian standard, was recorded live at 3:30 am at Sweet Tea Studios in Oxford, MS.

“We were trying to play it as quiet as we humanly could,” says Maroon. “There's a microphone rattling around in the piano, but I couldn't even hear it being played. It was a matter of how lightly we could touch our instruments while still making a sound."

Other examples include the album's opener, “What's in it for Me,” the closer, “Bows and Arrows” and the galloping “Thinking of a Dream I Had,” which were all set to tape as they were being written.

Bows and Arrows is a diverse and dynamic record that reflects the experience of the five members' playing together as it hints at their next steps into the future. Leithauser especially, seems to have grown. His range changes dramatically from song to song, and his performances sound more complete and confident than on previous work. He comments, “I sound more like myself.” Perhaps he speaks for the band as a whole. 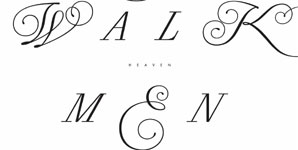 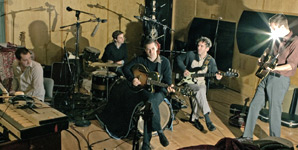 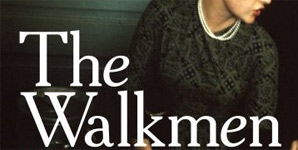 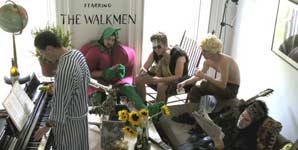 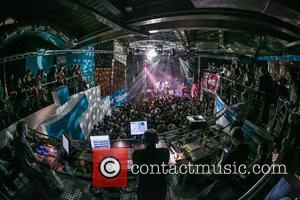 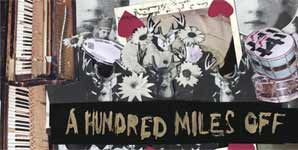 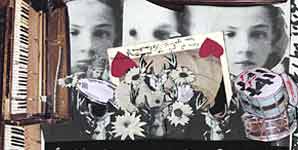