Unsure of how to celebrate Valentine's Day this year? How about cuddling up on the sofa to the season 6 mid-season premiere of 'The Walking Dead'? Be warned though, it's pretty intense. And if you don't believe us, AMC have just launched a clip with the first four minutes of the opening scene for all you eager beavers. 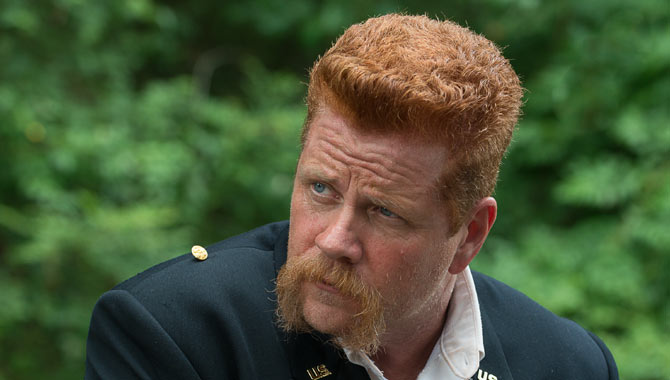 Things go from bad to worse when Abraham steps in

The weekend literally can't come soon enough now we've seen this. Ahead of the upcoming season 6 episode, fans can get a generous glimpse of the events to come before Sunday (February 14th 2016). The clip features bits you've probably already seen from the 'hidden scene' of the mid-season finale.

To summarise, Daryl (Norman Reedus), Abraham (Michael Cudlitz) and Sasha (Sonequa Martin-Green) have their journey to Alexandria interrupted by a terrifying biker gang calling themselves The Saviors. Massively outnumbered, they are forced to hand over their weapons, their fuel and damn-near the clothes on their back as they are informed by the leader that their possessions now belong to a mysterious new adversary called Negan. While these thieves might be called The Saviors, it seems Daryl, Abraham and Sasha are less than comfortable with this unconventional 'rescue'. Unfortunately though, these guys are not to be messed with, and when Abraham opens his mouth to argue, they find themselves in even more trouble than they already were. 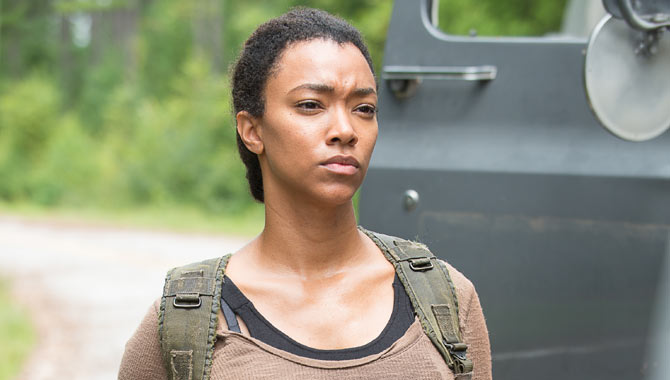 Sasha's journey with the boys is rudely interrupted

To celebrate the unusual air date, Hallmark Cards have some free eCards with zombie themes; cliches like 'beauty over brains', 'love you to pieces', 'eat you up' and 'give you my heart' given rather gruesome literality. The romance is simply overpowering.

The season 6 mid-season premiere episode 'No Way Out' follows events from 'Start to Finish' which aired in November 2015. It has been directed by Greg Nicotero, who returns after helming the season 6 premiere 'First Time Again'.

Can Daryl get them out of this mess?