Robert Kirkman Says Carl "Might Not Die" In 'The Walking Dead'

The character's future is no longer certain.

'The Walking Dead' was hit with a barrage of complaints from viewers when they revealed in the season 8 midseason finale that Carl Grimes (Chandler Riggs) had suffered a zombie bite to the abdomen. It looked as if there was no way out for the character and that he would succumb to the wound in the very near future, as his health depleted right in front of his father and group of survivors that he'd protected against Negan's (Jeffrey Dean Morgan) forces. 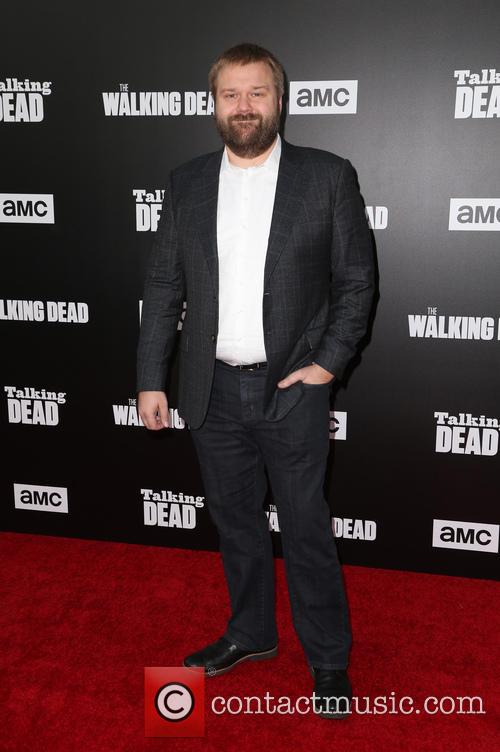 Now though, with some recent words from creator Robert Kirkman it would seem that the future isn't as set in stone as we would have thought. Though Carl's death is something that has been defended by those working on the show, some big moves may have been made behind-the-scenes to change up the future. It would mean that Riggs has been offered a new contract on the show, following his father's outburst on Facebook that accused showrunner Scott Gimple and production company AMC of using his son unethically.

Speaking during the Q&A panel on the Walker Stalker Cruise, Kirkman teased (according to Comic Book): "He’s not dead yet. He might not die. You never know. But I think if, were that to happen, I think that it would have some interesting ramifications on Rick, that I think would energize and really kind of set things in motion in a really interesting way leading to the resolution of 'All Out War' in a way that will make for a very exciting back half to season 8, so I think it’s going to be really cool."

Being so dedicated to making huge moves in the show that aren't in the comic books, it would be a shame to see those working on 'The Walking Dead' go back on their original plans to kill off Carl. It would show that a vocal portion, but a minority of fans would hold huge power over the future over the series, putting the creative freedoms of the writers at risk.

Fortunately, we think Kirkman is just playing around with fans and Carl will exit the series once it makes its return. The timescale on when exactly that will happen however remains to be seen, but the character didn't look to be in a good way when we left the show in 2017.