Despite noticeable similarities between 'The Walking Dead' and '28 Days Later', series creator, Robert Kirkman, has gone about setting the record straight - neither are based on one-another. 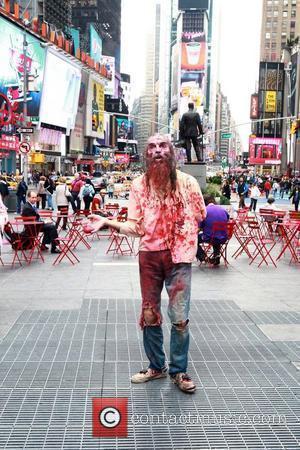 AMC's post-apocalyptic zombie drama, 'The Walking Dead', made its television debut on 31st October, 2010, to tremendous praise. The series, staring Andrew Lincoln, is based on the graphic novel series of the same name by writer Robert Kirkman, who has been disputing claims that he based a lot of his series on the movie '28 Days Later' - yet he puts those rumours to bed, by explaining how 'The Walking Dead' came first.

Related: The Walking Dead: Finally, Somebody Bites Into a Charred Leg

'The Walking Dead''s 90-minute pilot episode features an incredibly similar opening to '28 Days Later', with both featuring the main character entering into a coma before the start of a zombie apocalypse, and waking after the world has all but ended. Kirkman, however, insists on playing-down the similarities, saying: "Yeah. It was a little annoying. But great minds think alike, right".

Kirkman discussed the timing of the two pieces of zombie fiction, saying: "I saw 28 Days Later shortly before the first issue of Walking Dead was released. That first issue came out in October of 2003 and 28 Days Later was released in the States in June of 2003. So we were working on our second issue by the time I saw it." The writer is also known for working on 'Invincible', 'Ultimate X-Men', and the 'Marvel Zombies' series.

Related: Meet The Characters For The Walking Dead's Upcoming Spin-Off

The writer also discussed the casting for the television adaptation, addressing the rumour that one of the series' zombies was played by actor Jim Carey. Kirkman denied the rumours, saying: "It's not Jim Carrey at all. And dammit, most days I remember that guy's name. He's a great guy". 'The Walking Dead''s pilot episode has so far been hailed by critics, with 'Time Magazine' stating that it: "paints a thoroughly convincing post-apocalyptic world, both visually and emotionally."