'The Walking Dead' once again saw huge controversy in its season 8 midseason finale, when longrunning character Carl Grimes (Chandler Riggs) showed off a zombie bite on his abdomen, signalling his time on the series coming to an end. Though he hadn't succumbed fully to the wound by the end of the midseason episode, it was confirmed that there is no way to save Carl, and he would be dying in the very near future when the series made its return. 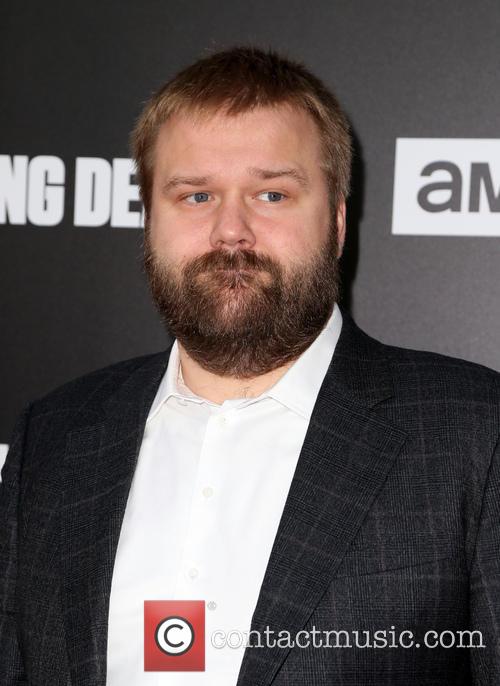 Robert Kirkman promises the future will pay off despite Carl's death

The decision - made by showrunner Scott Gimple - was one that set a very vocal portion of the fan base into a rampage, even setting up an online petition demanding that Gimple was sacked from the entire franchise. Of course, AMC and those working behind-the-scenes stood alongside Gimple, not warranting the survey with any sort of official response.

Now, 'The Walking Dead' comic book creator, and overseer of the show Robert Kirkman has defended Gimple and his decision to kill off Carl.

According to EW, Kirkman explained: "I think Scott first brought it up to me as a possibility probably about a year ago at this point. At first, I was kind of like, ‘Well, that’s a big one, you know?’ I might have had a little bit of trepidation. But once he laid out to me exactly what his long-term plans were, and the things that come out of it, and the things that it leads to, it was something I got on board with."

He added that whilst he knows some of the fans are upset by the narrative decision, it simply shows that they are "engaged" and "interested".

"Our job is to now pay that off and fulfill that interest, and prove that this was a decision worth making," he concluded.

Fans won't find out whether the decision was one they think was worth it until the story has officially played out, but the death of Carl is something they're going to have to get used to. There's no going back now.