Events of season seven, episode one have been hard-hitting.

It's been almost a week since the death of Glenn in the first episode of 'The Walking Dead' season seven and people have been expressing their (often genuine) grief in various ways. One person even took out an obituary in Arkansas newspaper The Batesville Daily Guard. Now that's true fandom. 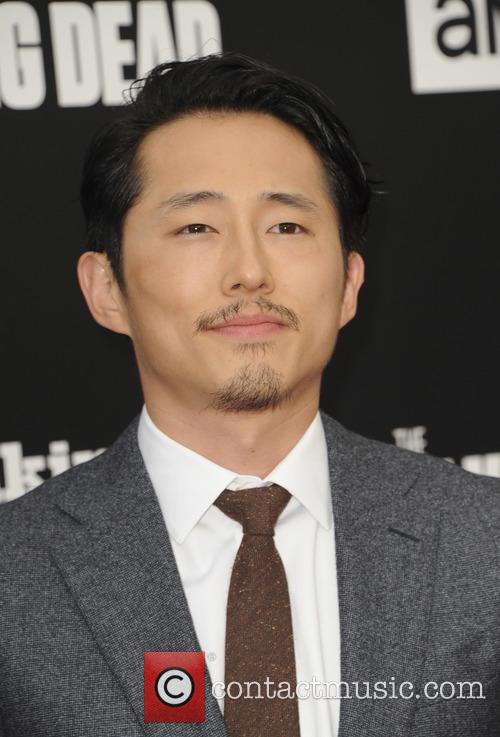 Steven Yeun's character Glenn has finally been killed off

A columnist named Andrea Bruner described how she was 'too depressed' to write her usual column following Glenn's bloody death in last Sunday's (October 23rd 2016) episode of 'The Walking Dead'. Instead, she enlisted the help of her friend Frank Vaughn to write an obituary for the character, dubbing him: 'Glenn Rhee, husband, father-to-be, warrior and friend'.

It described his humble beginnings as a pizza delivery guy before the 'Walker Apocalypse'. 'It was then that the real Glenn emerged: a man of impeccable moreal grounding and logistical wizardry', it read. 'His bravery in the face of both the Undead and the Brutal Living inspired all who knew him.'

It adds that he is survived by 'his loving wife Maggie and their unborn child; Rick, Carl and Judith Grimes; Carol Peletier; Daryl Dixon; the Warrior Woman known only as Michonne' and ends with a request 'in lieu of flowers'. 'The family asks that donations of LITERALLY ANYONE WHO CAN HELP THEM DEFEAT NEGAN be made in his memory'.

Glenn (portrayed by Steven Yeun) was killed along with Abraham (Michael Cudlitz) by Negan - the tyrannous leader of the ironically named Saviors which is another group of ruthless survivors - in episode one 'The Day Will Come When You Won't Be' when the group are ambushed and robbed.

More: How did Glenn survive the first time he nearly died?

The incident prompted shock from fans everywhere, especially considering how he managed to survive imminent death from a horde of Walkers back in season six by hiding under a dumpster with Nicholas' body as a shield until they'd had enough and dispersed.