The View - Face for the Radio Single Review

Review of Face for the Radio Single by The View

The View
Face for the Radio
Single Review 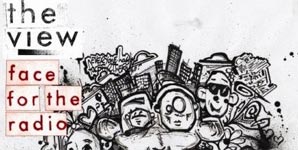 The latest and, in my opinion, one of the greatest tracks from the Views' debut album 'Hat's off to the Buskers' is finally released. This Dundonian Indie sensation writes yet another genius song that is sure to grace the tip of the charts. You'll notice the absence of drums replaced by a soft acoustic guitar riff, marrying some of Oasis' old stuff off to the Libertines, with a clear busk-style influence. Made even more effective by a lightly sung bunch of magical lyrics to the incomparable sound of the one and only Kyle Faulkner.

'Face for the Radio' is The View perhaps not at their very best, but near enough to it. It demonstrates the versatile nature of them as a band, that they can serve more than one purpose in a thriving Indie scene. Focused on creating some form of contrast between 'Face for the Radio' and their other discography, they've opted for a mild acoustic sound as opposed to the more aggressive upbeat Indie they are renowned for. A satisfying master-class rendition from possibly the best thing to come out of Scotland since The Proclaimers.