The Vaccines Team Up With Hammond Jr. 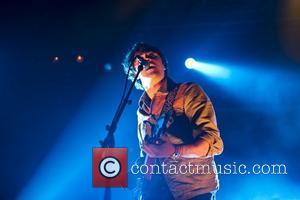 Picture: The Vaccines performing live at the HMV Forum in London, London, England - 23.08.11

British rockers The Vaccines are adding some star power to their next album - they recruited The Strokes guitarist Albert Hammond Jr. to play a song.
The Post Break-Up Sex hitmakers teamed up with Hammond Jr. for two days at his studio in New York, resulting in new song Tiger Blood.
Despite their rising star status thanks to this year's (11) acclaimed debut record, frontman Justin Young was still stunned to be asked to collaborate with The Strokes star.
He tells NME magazine, "I don't really know (how Albert heard about us), I think he saw us play in New York. We met him that night and then a couple of days later we got a message saying that he really liked our stuff. He said he'd been doing a bit of production with Gus Oberg, and if it was possible they'd be really up for doing something with the band.
"We're in that place now where we're trying to think about what we wanna do for the next record. We really like the idea of working with other creative people and obviously, being massive fans of The Strokes, it wasn't something we were gonna say no to."