The Vaccines Star Justin Young Collaborates With One Direction

The Vaccines One Direction 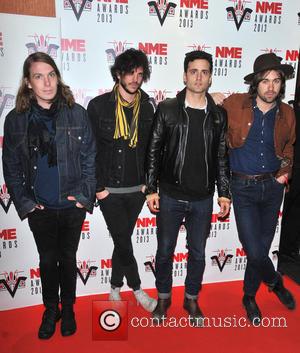 The Vaccines frontman Justin Young has been enlisted to write catchy pop tracks with chart sensations One Direction.

The British rocker teamed up with the boyband last month (Feb13) to record new material for their next album, and insists he enjoyed working on a new genre in the studio.

He tells BBC Newsbeat, "It was a really interesting creative process, writing with pretty much the biggest pop band on the planet. It was a very different world and very different process - that was one of the reasons I wanted to do it. I really enjoyed it. I felt like I took so much from doing it.

"I've always said I love pop music and how much I want to write pop music. It's the first time I've ever done anything like that. They do indeed contribute (to the song-writing process)."