The Vaccines' singer Justin Young ''felt like Elvis Presley'' when he was younger, and is pleased he can now live out his dreams of being a rock singer. 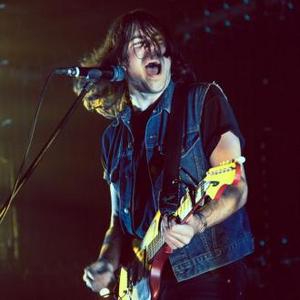 The Vaccines' Justin Young ''felt like Elvis Presley'' when he was younger.

The 'No Hope' band's singer and guitarist loves to the fact he now gets to live out his boyhood dreams as a rock singer, and wrote a song about it for their new record, 'The Vaccines Come of Age'.

He said: '''Teenage Icon' was inspired from when I was a kid and I always felt like Elvis Presley. And now I'm actually being given the opportunity to do that, on stage.''

However, he is quick to play down how analytic and personal his lyrics are, adding: ''I don't like putting myself under the microscope too much, enough people do that already.''

Justin, 25, does give an insight into his difficulties coming to terms with being in his 20s on another track, 'No Hope', saying he has found it harder than his teenage years.

He added: ''People always told me that my teens would be the most confusing, difficult transitory period of my life. But I was so idiotic and reckless in my teens that I didn't find them hard at all. I was just kissing girls and smoking weed.

''Now I've become more highly strung and found my twenties a lot harder. Meeting people for the first time and knowing they're deciding whether or not you're good-looking, talented, charismatic or not. It's a head f**k.

''People are at different Steps on the same path when before we were all neck and neck. It's just confusing and scary.''

'The Vaccines Come of Age' is released on September 3.