The Vaccines 'Excited' To Work With Ethan Johns

The Vaccines are ''really excited'' about working with BRIT Award-winning music producer Ethan Johns on their second album. 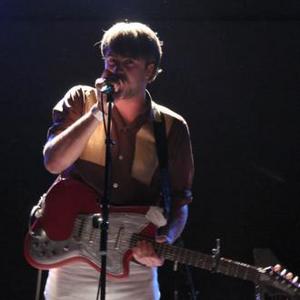 The Vaccines are ''really excited'' about working with Ethan Johns on their second album.

The 'Wreckin' Bar (Ra Ra Ra)' group have teamed up with the Kings Of Leon producer - who took home the prize for British Producer at the Brit Awards last week - for their follow up to 2011 debut album 'What Did You Expect From The Vaccines', and they ''can't wait'' for people to hear their latest material.

Frontman Justin Young said: ''We can't wait. When you're in the studio, you just crave the road and getting out and playing shows, but we've been touring for the last 18 months so we really just want to get in and make a record.

As well as their new record, The Vaccines are ''really looking forward'' to taking to the stage at T In The Park for the second year running.

Speaking to NME.com, guitarist Freddie Cowan added: ''T in the Park was the first one that really went off for us. It felt like a sign of what came next and we're really looking forward to going back. Scottish crowds are the best crowds in the world.''