The Twilight Sad - Wintermute, Vessels and I Concur, The Library Live Review

The Twilight Sad, Wintermute, Vessels and I Concur
The Library
Live Review 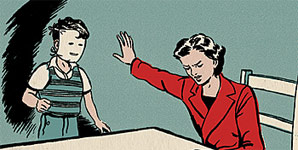 Great sequels of our time: The Empire Strikes Back, Godfather Part 2, Porky's Revenge. and now On The Bone 2. To be fair, it has all the hallmarks of a sequel: same theme, different location, at least one previous cast member (turn) who reprises their role in a reduced fashion. I'm milking the analogy here, quite shamelessly, so I'll stop fluffing and get filming. Action!

I Concur's sound tonight is so crystal, icy clear that Tim Hann and Toby Page have donned silly hats against the frozen clarity of the sound; it's a localised climate change for the cooler. Contrary to this, Tim turns on a warm charm, wooing the crowd mawkishly between epic post-indie crushes like 'Lucky Jack' and 'Exits Are Blockades,' making the performance all the more pleasurable; guitarist Chris Woolford is entirely lost to the moment like a living Bernini, such is the pleasure. Suffice to say, it is a masterful display and, sporting the feathers while implying the leathers of Hawkwind, 'Build Around Me' and 'I Oblige' knock down any walls remaining between you and loving I Concur.

Vessels veer and slew their way between electronica, post-rock, jazz and math like a rudderless ship piloted by men who have no idea how to steer it anyway. They don't care, though - be it iceberg or desert they encounter, they're along for the ride. Tonight the feedback is at a minimum - unfortunately, so is Tom's vocals, but the fun is at max: Lee checks a confused-looking Pete's fretwork, confirming it's bizarre correctness, Tom throws accuracy to the wind and. it's fun. They look like they're having fun and by golly it is infectious. Not entirely precise, but still tight and hearing Tom and Pete sing together is an unalloyed joy. These hippies made good!
Four songs are hardly enough to warm up a band, but Wintermute hit the ground running. Taking full advantage of the sound, Dan and the boys peel off a pitch-pace-perfect quartet in the time it takes to be blown away and still have3 time to riff on 'Milkshake' - oh yes, these chaps are starting to feel very comfortable with their sound and themselves on stage. I should stick in a Caveat about this, but I don't want to spoil the moment.

As if all that wasn't enough, Glasgow's The Twilight Sad are refusing to go quietly tonight either - this gathering has got pitch fever and though baby-blue eyed James Graham lilting Glaswegian tones sooth and captivate for a moment, his bandmates open up with a noise that flattens anything still standing. It's difficult to make anything out between the guitar crunch and amiable cussing but. what a sound! Somewhere in there is a bit of Brakes, a dash of Marillion - hell, even a soupcon of Coldplay, but this is uncomfortable comfort music - throw it all in and gorge yourself. Large without being epic, noisy and still post-rock. Like chilli-flavoured ice-cream, a taste acquired but to be admired.