The Canadian rock dies more than a year after wrapping his farewell tour.

We knew it was coming, but that doesn't make the loss of rock legend Gord Downie from The Tragically Hip any easier. The singer passed away at the age of 53 earlier this week more than a year after he was diagnosed with an inoperable brain tumour. 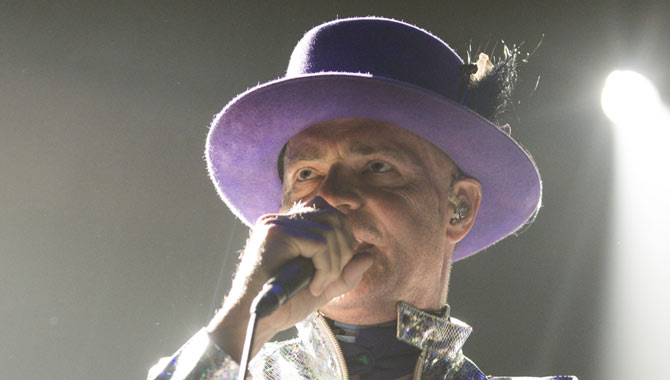 The Canadian star finally said farewell to the world on Tuesday (October 17th 2017), with his family releasing a statement to the media to confirm the sad news the very next day. It comes almost two years since he was told her had terminal brain cancer.

'Last night Gord quietly passed away with his beloved children and family close by', his family's statement read. 'Gord knew this day was coming - his response was to spend this precious time as he always had - making music, making memories and expressing deep gratitude to his family and friends for a life well lived, often sealing it with a kiss ... on the lips.'

In August 2016, Juno Award winning rock band The Tragically Hip completed their final tour; an event that became something of a patriotic event for Canadians everywhere, even if they remained unknown to much of the rest of the world.

Gord was told he had glioblastoma in December 2015, as confirmed by doctors at Sunnybrook Health Sciences Centre in Toronto. The aggressive disease was treated with radiation and chemotherapy but was not able to be cured. He released his final solo album 'Secret Path' almost exactly a year before his death, with his first post-humous solo album 'Introduce Yerself' set to be released on October 27th 2017.

Canadian Prime Minister Justin Trudeau paid tribute to Gord at a press conference this week and failed to hold back his tears. 'Gord was my friend, but Gord was everyone's friend', he said. 'He knew, as great as we were, we needed to be better than we are.'

'Our buddy Gord, who loved this country with everything he had, and not just loved it in a nebulous 'oh, I love Canada way,' he loved every hidden corner, every story, every aspect of this country that he celebrated his whole life.'

The Tragically Hip - We Are The Same Video