While there's no doubting the pedigree of both Shawn Carter and Kanye West, the collision of both stars on new collaboration Watch The Throne could blind listeners to what's actually contained within the glitzy CD case. As it turns out that's almost the point of this celebration of wealth and excess. There is social comment hidden here, but it's eclipsed by the idealised lifestyles of its protagonists and the booming beats concocted by West. 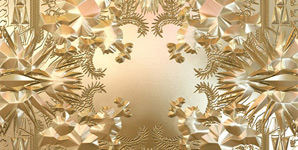 'No Church In The Wild' lays its cards on the table pretty quickly, with Jay juxtaposing the decadence of historic empires with "drug dealer chic". A menacing bassline and beats combo are punctuated with synths and Frank Ocean's vocal, but this isn't a subdued welcome. The track is aggressive with both Jay and West spiting their lines with some enthusiasm. "When we die, the money we can't keep, but we probably spent it all 'cos the pain ain't cheap": Kanye uses less grandiose imagery than Jay, but the message of wealth and power is the same, Noticeably neither rapper interacts with his opposite here, leaving the song feeling slightly unbalanced with the absence of West at the start, and Jay later on.

'Lift Off' lightens the mood with a pop sensibility that Kanye has been known to exercise regularly. Its perhaps unsurprising then that Beyonce's performance almost steals the show. As the album continues to unfold Jay invokes the trinity of Michael (Jackson, Tyson, and Jordan) to highlight the zenith that both he and West seem to have reached. They're on an equal platform with some of their former idols, but they are playing the game their own way, trading lines with skill and wit. For example, 'Otis' continues the theme of referencing important cultural touchstones (in this case Otis Redding), while Jay threatens to call the paparazzi on himself.

Although the producers for each track keep the material eclectic and fresh, the rhymes keep a consistency of celebrity that while entertaining, lacks the depth of some of each rapper's best work. It's also obvious that Kanye orchestrates many of the samples here, as auto-tune and pianos start to creep in to broaden the musical spectrum. By the time that 'Welcome To The Jungle' arrives with its hypnotic backdrop, it starts to become clear that money doesn't necessarily buy happiness though. With comments such as "Champagne for the pain, weed for the low" grabbing your attention.

There are of course other themes here too as illustrated by 'Murder To Excellence' ("I'm from the murder capital, where they murder for capital".), 'Made In America' (I pledge allegiance to my Grandma, for that banana pudding, that piece of Americana") and 'The Joy' ("I never understood planned parenthood, 'cos I never met nobody planned to be a parent in the hood".). However the glamour of the earlier and perhaps stronger tracks on the album does overshadow any other message that Jay and Kanye may be trying to deliver from up on their throne.

As a joint project then, 'Watch The Throne' ticks all the right boxes. Sonically it's a Hip Hop tour de force, both artists are obviously having fun and are delivering their trademark rhymes. But much of the subject matter has a tendency to feel a little vacuous, it's not really an exploration of fame and success, instead it descends at times into bragging and bling. For an album that promised to be explosive, that feels a little safe for two artists at the top of their game. 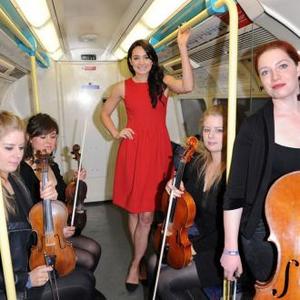 The Throne - Watch The Throne