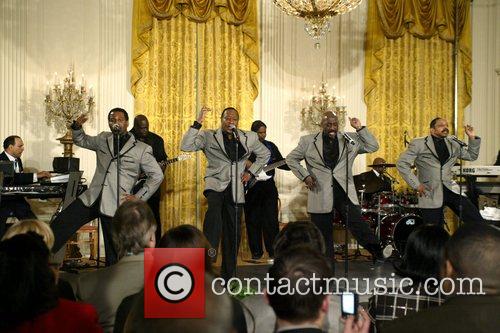 A more recent incarnation of The Temptations, mid-performance

Cindy paid tribute to her late husband, saying “He was part of black history. He was always proud of that. He sang on a lot of those classic songs.” Street is survived not only by Cindy, but by his four children, as well.