'London's Burning' starts with a montage of chilling recordings, from last year's London riots. Having relocated to London, when they realised that their strongest fan base was beginning to form in the UK, The Temper Trap have now managed to create a fair approximation of The Clash, with this track. It's The Clash circa 2012, of course. The ska-lite guitar stabs are there, and the mob-chant vocals, but they eventually become smothered in layers of feedback, and churning synths.

If it weren't for the unsatisfactory ending, 'London's Burning' could have been one of the more emotive tracks on the album. As it is, the track begins to rise to a furore, but peters out, rather pointlessly. There's a raft of artists commenting on last year's riots but The Temper Trap don't seem to making too much of a point, though. When you compare 'London's Burning' to Plan B's 'Ill Manors,' for example, the impact of the songs could not be further apart. It's commentary without opinion and the end result feels a touch exploitative.

The band are in safer territory when they're dealing with matters of the heart, which they seem to handle more expertly. 'Trembling Hands' has them back firmly placed in the realm of mass appeal. A grandiose ballad, it's easy to imagine that track in the hands of some nubile young pop singer. In the hands of The Temper Trap, though, it remains deftly on the side of the credible. Essentially, this is The Temper Trap's trump card. They somehow remain within the realm of the alternative, whilst appealing to the mass populous. 'Trembling Hands' sounds equally as though it could have been written by a band like Chapel Club, as much as it sounds as though it could have been written for someone like Aiden Grimshaw or Will Young.

The trajectory of the album, which begins promisingly, takes something of a dive mid-way through. The tempo drops, once you've been lured in with the initial pulse-racers and doesn't really pick up again until the final third of the album, with 'Rabbit Hole.' It's notable for its minimalist intro; a falsetto, an acoustic guitar, a simple harmony. This being The Temper Trap, the genteel approach was never going to last for long; the track crescendos eventually, but the brief respite from the full-on layered effect of the band is a welcome one.

The Temper Trap don't quite seem to have mastered the art of 'all killer no filler.' When they hit the mark, they hit pretty hard; when they don't, though, you're left feeling conned. Several tracks can pass you by, with ne'er an emotion in sight as they fade to the background, hoping to prop up the experience with the stronger tracks. There's mileage in the hits, of course, but they may find themselves having to settle for being a 'singles band at this rate. 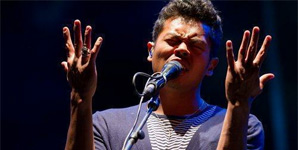 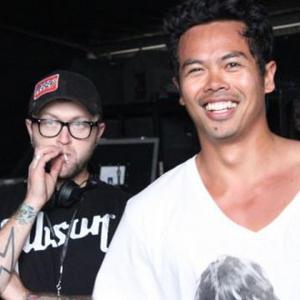 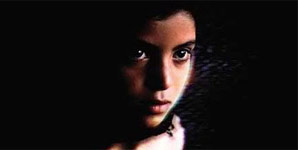