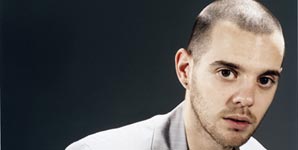 
If Mike Skinner's third album 'The Hardest Way To Make An Easy Living' was a fragile and knowing reflection of the dark corners of fame usually reserved for the other side of a hotel room door, then 'Prangin Out' is surely its flag bearing anthem. An intense foray inside the head of one of the country's greatest songwriting talents, the theme of losing it has never been treated with such grace, and never elicited so many reactions from horror to empathy to wanting to be right there in it with him.

So who better to join him than the nation's favourite lost soul and column inch absorber Pete Doherty, Babyshambles' iconic front man and someone who knows a thing or two about prangin out. The stream of consciousness admissions bring to mind Original Pirate Material-era Skinner rhyming, but far from those everyday tales of urban life, Doherty's tales are an altogether more haunting personal diatribe of self loathing and warning against a life spiralling out of control.

Dawn Shadforth has created a suitably nightmarish and Shining-esque video to accompany the track, with Mike stuck in that hotel, slowly losing the plot and only finding rest at the bottom of a full bath tub. It's a claustrophobic piece of short cinema that again displays his genius in front of the camera.

The double a-side release also features the edited version of 'Deluded In My Mind' - the soundtrack to The Streets' record-breaking 20 minute long video made in conjunction with MTVs 25th birthday. Directed by Alistair Siddons, Mike's chorus linked the stories of four young film makers, and wrestled the title of World's Longest Video from Michael Jackson's Thriller.

"What an honour and a privilege to be asked to spit on Prangin. I wish I'd written a chorus that good - say no more" - Pete Doherty

7" 1. Prangin Out (Pete Doherty Full Version)
2. Deluded In My Mind