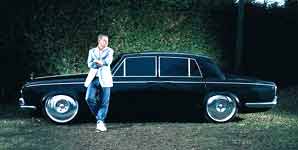 Oh dear. Oh dear, oh dear. It is hard to communicate just how hard this album sucks. Mike Skinner ably demonstrates why journalists should hold on before proclaiming anyone a new street poet genius, as the Streets third album tries to convince everyone just how hard it is to be Mike Skinner following the success of A Grand Don't Come For Free. Like that album, it tells first person stories, however these are the kind of whiney self-obsessed stories that everyone dreads from 'celebs' in OK Magazine. Trying to come off as a clever sideways glance at celebrity in 2005/6, Skinner instead just ends up telling stories that even his mum would find hard not to yawn at. Saved not by wit, by musical interest or, well, by anything at all, Skinner instead attempts the easy way to make an easy living by trying to surf the success of A Grand all the way to the bank.