One of the band's founding member's has passed away this past Saturday (March 15th) due to an unspecified illness. 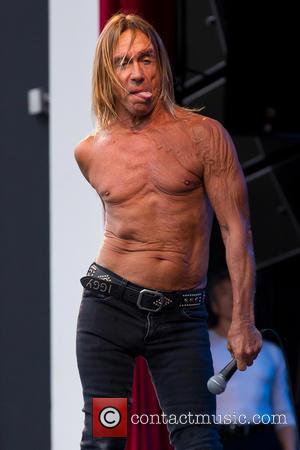 Iggy & The Stooges are in mourning as one of their longest serving band member's has passed away.

Scott Asheton, who was the band's drummer, died aged 64 on Saturday (March 15th).

No cause of death has yet been specified.

Asheton's passing was confirmed by the band's frontman Iggy Pop on Sunday via Facebook.

"My dear friend Scott Asheton passed away last night," Pop said. "Scott was a great artist, I have never heard anyone play the drums with more meaning than Scott Asheton."

"He was like my brother. He and Ron have left a huge legacy to the world. The Asheton's have always been and continue to be a second family to me," Iggy continued.

"My thoughts are with his sister Kathy, his wife Liz and his daughter Leanna, who was the light of his life."

Asheton co-founded the Stooges back in 1967 with his brother Ron (Guitar) who died in 2009, and their friend Dave Alexander (bassist), but only started to take a career in music seriously when Iggy joined the band.

"We didn't get very far," Scott told writer Brett Callwood in his book 'The Stooges: Head On'. "We liked the idea of being in a band, we looked like we were in a band and we'd all hang out together. It wasn't until...Iggy, got involved that it actually became a real band."

They eventually reformed nearly 30 years later in 2003 and went on to become inducted into the Rock and Roll Hall of Fame in 2010.