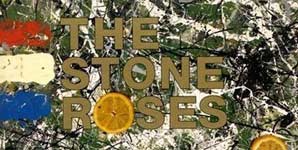 It seems that too many girl bands, boy bands or any sort of band that split up have made a comeback including the likes of The Verve (and no one thought that, that would happen)!! The sad fact is that it's unlikely The Stone Roses will ever reunited and this album is the next best thing for fans to hang onto. The Stone Roses are set to re-release their classic debut album 'The Stone Roses', with added extras. For those that have never experienced The Stone Roses, this is a perfect opportunity to do so, when you hear their music not only is it an experience it is also an education. The music these guys made was the voice of a generation and can still capture your imagination twenty years down the line.

Out of all of these formats it seems that the one to go for has to be the most expensive one which is around 80 to 90 quid, but it is well worth it filled with goodies such as CD's, Vinyl's and a funky lemon shaped USB, oh and a booklet.

Not much can be said about this album that hasn't already been said. The reviews might be 20 years old but the album hasn't aged like the majority of albums from its period. 'Don't Stop' is a perfect example of the shear confidence in their own ability to try something like this! Confused??? If you are then you should give this album a spin.

The track list reels off classic tunes such as 'I Wanna Be Adored', 'She Bangs The Drums', 'Waterfall' and not to mention 'I Am The Resurrection'. Once you have enjoyed the original album then you can move onto the box sets brilliant live tracks and demos. As mentioned earlier, the full box set is quite pricey so it is worth shopping around on the internet.

Had the album been accompanied with a reunion it would have scored 10 out of 10 but you can't have everything.