Nottingham's Splendour Festival has a popular reputation in the city as a decent family day out - weather permitting - and this year it certainly lived up to its billing. After attracting the likes of local lad Jake Bugg (who has probably graced every single venue in the city with that shrill voice of his), Happy Mondays (brilliant) and The Boomtown Rats (not so brilliant, but entertaining) last year, the one-day festival has certainly grown in appeal. This year the main attractions are nineties chart stalwarts James and the legendary Specials.

Hidden behind the pop fare was certainly some very interesting music, mainly in the courtyard near the Comedy stage away from the funfair, hotdogs, candy floss and ice creams. If the Confetti stage - named after Nottingham's media college - featured generic indie led by the likes of The Twang, the acoustic stage had a few real treats like terrific singer-songwriter Daudi Matsiko (who would appeal to both soul and alternative fans equally) and Eyre Lew, with their well layered ambient guitar soundscapes.

The sun and the crowd really came alive for James, who admitted that they had only just started playing their most popular tune 'Sit Down' again after a long period. I can understand why; it's nowhere near the best song of a great pop band who left Factory Records early in their career because they were finding their independence getting lost, so compromising with the masses doesn't tend to be a route they go down. On this occasion though, I'm glad they did. A mass sing-a-long ensues for 'Sit Down', enabling the real five-star material to come out.

The likes of indie-pop classics 'Laid' and 'Come On' are performed with a real gusto, and tracks from their 2014 album 'La Petite Mort' update the sound with the modern dance feel of the excellent 'Curse Curse' and 'All I'm Saying'.  It's just a shame some of Larry Gott's brilliant guitar playing is a little too low in the mix, drowned out by the tight drumming and Andy Diagram's - admittedly fantastic - trumpet. If Tim Booth's mystical hippie style sometimes comes across as being like some remnant of an old 'Absolutely Fabulous' or 'Young Ones' episode and his voice doesn't reach the level of the old records (he actually sings much better on the new material), he still exudes star quality, bobbing his head from side to side, jumping into the crowd and getting lost in the timeless music.

A clever bit of booking follows James on the Confetti stage with two-thirds of 80s pop queens Bananarama, whose Mod/Ska connection involved an early support slot with The Jam and, of course, their work with The Fun Boy Three. Sadly, the booking was cleverer than the ability of the singers Karen Woodward and Sara Dallin, who amble on stage looking like two married mums let loose after a few too many G 'n' Ts at home with their hubbies.

The now-duo apparently forget what city they were in, and seem to also forget how to sing their classic tunes - 'Really Saying Something' sounds like a complete mess over a good backing band, with the ladies trying to compete over a harsh backing track. Their cover of 'Help' is not much better and they pointlessly rehash the ending for a drunken sing-a-long.  "That song doesn't seem long enough", screeches the brunette one. It does get better vocally though, and 'Venus' and 'Love In The First Degree' can't fail to revel in the glow of nostalgia and get everyone dancing. Some fans are brought on stage for the 'Venus' dodgy dance routine (it makes the Spice Girls look like Nureyev) and the music sticks in your head like an earwig for days after.

The headline band tonight also offer a glow of nostalgia, yet are as relevant as they were in their prime, with the number one hit and tonight's opener 'Ghost Town'. It's the beginning of a set which is performed with the energy and precision of a rollercoaster by one of England's greatest ever bands, even if they are missing Jerry Dammers and other original members. Timeless originals like 'Gangsters' and 'Dawning of a New Era' mix in with ska classics 'Monkey Man' and 'Do The Dog' get everyone on their feet from the get go. Most manic in my vicinity was a chap on crutches, who for the more energetic numbers blew the kids out of the water.

The Specials weren't just a dance band, of course, and they show a more sensitive side with 'It's Up To You' that gets a person questioning where they stand in life, leading into new bassist Neville 'Fun Boy Three' Staple dedicating 'Why' to the tourists that were gunned down by a madman on the beaches of Tunisia. He also dedicates the melancholic track 'Little Rich Girl' to Amy Winehouse, a massive fan of the group.

Lead singer Terry Hall cheekly asks for a '99 with two flakes during a hilarious ramble (he only gets one flake and moans about it jokingly), and then goes on to demand some liquorice and a bench he's seen in a popular furniture outlet. It is stand-up level stuff (along with being one of British pop's greatest ever voices of course), and the ice cream ends up on his mic stand.  Rowdy dancing by the crowd of course ensues, and it is wild too: 'Rat Race' - one of my favourite ever songs - hardly gets more anti-establishment, 'Too Much Too Young' and 'Nite Club' peak the set to perfection. Apparently, a lad in the front row had part of his ear bitten off during the encore of 'Guns of Navarone' (followed by 'Enjoy Yourself' and 'You're Wondering Now') - maybe the rude boy was going for Terry Hall's flake and got the lad's lobe by mistake.

Pure class, and simply one of the best bands I have ever seen live, fully deserving of their legendary reputation. 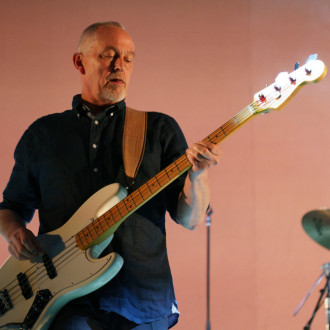 The Specials would love to collaborate with fellow Ska legends Madness 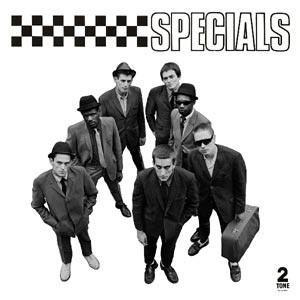 The Specials - Specials, More Specials and In The Studio (Remastered Editions) Album Review

The Specials - Enjoy Yourself Video

The Specials To Record Lp? 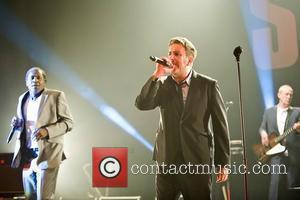 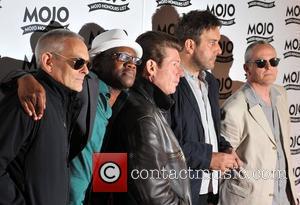