The HBO series beat off competition from the likes of The Simpson, The Wire and Lost.

The Sopranos. In a recent poll compiled by the Writer's Guild of America, the HBO series The Sopranos came out on top to be named the most well-written television show of all-time. The guild announced it's 101 Best Written TV Series on Sunday (June 2), mixing classic television with modern masterpieces.

The list commemorated both the shows and their writers, with Jerry Seinfeld and Larry David's Seinfeld coming second and The Twilight Zone third, with season one writers Charles Beaumont, Richard Matheson, Robert Presnell, Jr. and Rod Serling celebrated by the WGA. Sitcoms All in the Family and M*A*S*H finished off the top five.

Overall, there were seventeen titles included in the list that are still on air now, with The Simpson (11), Mad Men (7), Breaking Bad (13) and South Park (64) all included. With such a high percentage of modern shows on the list, it might not come as much of a surprise to know that shows from the past twenty years made up the majority of the list, with Game of Thrones and Louie the most recent shows on the list and Your Show of Shows (1950) the oldest. It seems that the golden age of television wasn't the 1950's after all then, but instead the last decade (with the emergence of cable television) when TV began to realise it's potential.

The list hasn't won everyone over though, and there are a number of notable omissions from the list, as well as some unusual placements on for certain shows. For example, the game changing Monty Python's Flying Circus is in joint 79th position with three other titles (Alfred Hitchcock Presents, Star Trek: The Next Generation and Upstairs, Downstairs) whilst the likes of Modern Family and Freaks and Geeks (which only lasted for one season) sit at 34 and 60 respectively. Doctor Who isn't recognised on the list either, neither other celebrated British shows such as Coronation Street and Spaced. 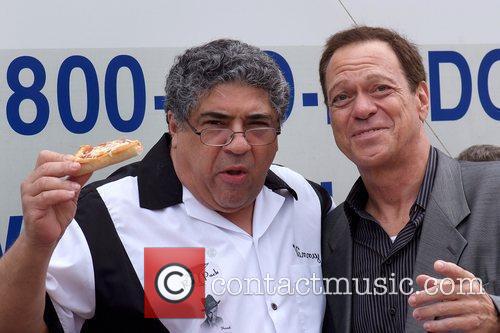