The talented actress, known for her character Edna Krabappel on 'The Simpsons,' has passed away.

Marcia Wallace, the talented actress and comedienne, has sadly passed away aged 70 from as as yet unknown cause. Many will be more familiar with her most famous character, the laconic, singleton, chain-smoking teacher, Edna Krabappel, whose catchphrase on the long-running cartoon series The Simpsons was "Ha!" Wallace had been involved on the show since it began in 1990. 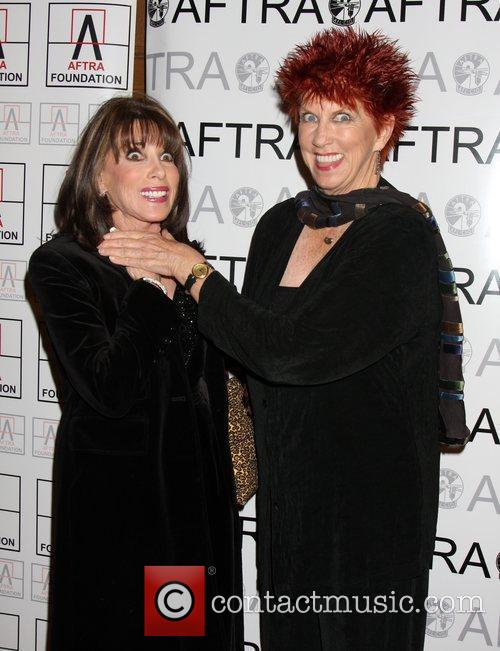 Bill Schultz, The Simpsons' award-winning writer and producer paid tribute to her. "She's an icon and a legend, just a hard worker," he told BBC Radio 5 live, via BBC News. "When somebody like that comes onto a show and takes on the character, all of a sudden, you know that character in a three dimensional way. She brings life to something that's written on a page."

Her co-actor Harry Shearer, who plays Ned Flanders on the show, spoke warmly of his lost friend. He said that Wallace "brought this huge, positive energy" to her work on The Simpsons. "She was just a warm and wonderful person," he added.

Wallace died last Friday (25th October) in Los Angeles. The actress and frequent gameshow panellist reportedly battled breast cancer for nearly 30 years. She was first diagnosed in 1985 and went on to write a 2004 memoir about her experience, entitled Don't Look Back, We're Not Going that Way, published in 2004. She also stood as an advocate for cancer prevention and research as a result of her ongoing illness.

Though Wallace's friend Cathryn Michon said that Marcia's death was a result of her cancer, the actress' son Michael Hawley has come forward to claim that his mother's death was caused by pneumonia complications.

The show has recently made headlines after the announcement that one of its main characters will be killed off in the coming season. Though Wallace's Krabappel will now have to be written out of the show, it has been iterated by producer Al Jean that the rumurs and Wallace's death are unrelated.

Just one week away from her 71st birthday when she passed away, Marcia had just wrapped filming on upcoming movie Muffin Top, in which she co-stars alongside her son Michael.

Her Simpsons co-star Yeardley Smith paid tribute to her colleague on Twitter: 'Cheers to the hilarious, kind, fab Marcia Wallace, who has taken her leave from us.'