The Script Star Danny O'Donoghue Suffered An Ego-crushing Fail When He Signed Up To Dating App Tinder.com Recently, Because No One Wanted To Be With Him. 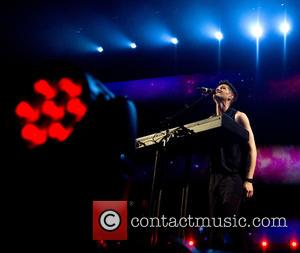 The rocker's idea of fun backfired on him when he couldn't convince any potential girlfriends that he really was a famous singer.

He tells Dutch TV show RTL Boulevard, "I was joking around with being on Tinder... but no one believes it's me."

Bandmate Mark Sheehan adds, "He put his own face on it (account); he was honest and tried to get a date but people didn't believe it was him."

Fellow The Script star Glen Power also dabbled with the dating app and even tried to invite girls he liked the look of to gigs.

He says, "They (women) asked, 'What would you be doing on here?' And I was like, 'Why wouldn't I be on Tinder? What are you doing on here?' I even invited some to the shows, but they didn't believe it was me."