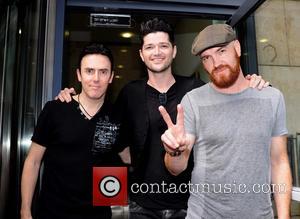 The Breakeven hitmakers have frequent fist fights and they are adamant letting off steam by scuffling with one another keeps resentment from festering.

Frontman Danny O'Donoghue tells Britain's Daily Star newspaper, "Verbal's worse, it leaves scars. But the fact that we can apologise after we've rolled around on the floor is what saves the band. It's healthy."

Guitarist Mark Sheehan adds, "Anyone who has their own tour bus doesn't like their bandmates. That's all I'm saying. Even if we wanted separate buses we couldn't afford it."