The weirdest band in Yorkshire just got a little darker. 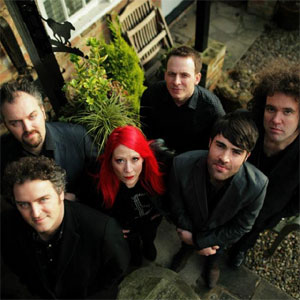 Phantom Head is The Scaramanga Six's seventh album, and the first since 2011's Cursed, which saw the band moving into some darker territory. On Phantom Head, the band delves yet further into the darkness, turning in perhaps their bleakest collection of songs yet.

For those unfamiliar with The Scaramanga Six, it is difficult to describe their sound. In places, they're a bit like an evil version of The Cardiacs, mixing elements of pop with just enough weirdness to keep it interesting. There are also streaks of Mark E Smith's The Fall in there, and also (and very sparingly at that) in places the influence of bands like Big Black and Shellac, but this is no surprise given that The 'Six ventured out of Yorkshire to record this album with the man himself, Steve Albini. 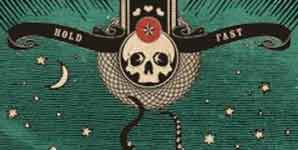