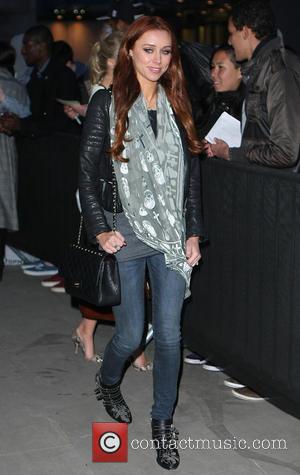 British girl group The Saturdays showed off their competitive side in London on Monday (04Mar13) by racing each other on inflatables to raise money for charity.

The Up hitmakers jumped on hippity hops, also known as space hoppers, for the challenge across Westminster Bridge in aid of U.K. organisation Comic Relief.

The five-piece are ambassadors for chocolate brand Maltesers, which aims to raise $1.6 million (£1 million) for the charity to boost its Tv fundraiser Red Nose Day later this month (Mar13).

Pregnant bandmember Rochelle Humes refrained from taking part in the challenge, which was won by singer Mollie King.

King says, "Everyone needs to let their lighter side out once in a while. We had so much fun trying out the Maltesers Cheeky Challenges - the girls all tease me for being a bit competitive but my desire to win paid off when I was victorious."