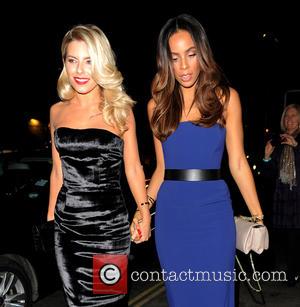 Picture: The Saturdays - Photographs of a variety of female stars as they arrived at the Ultimate Women of the Year Awards which were held in...

Una Foden, Mollie King and Vanessa White are all working on their own material as bandmate Rochelle Humes focuses on her presenting work and fashion line and Frankie Sandford prepares to give birth to her second child.

A spokeswoman for the group confirmed the news to WENN, but could not reveal details about their solo projects.

She added The Saturdays "aren't splitting up" and are still signed to their Polydor record label.

Sandford, also known by her married name of Frankie Bridge, announced she is pregnant with her second child in January (15). Humes and Foden also have children.