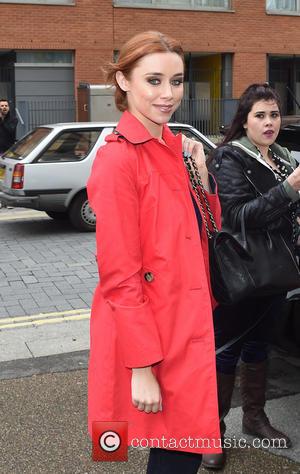 Pop group The Saturdays risk sparking scenes of mayhem at their upcoming concert in Scotland by performing a song popular with local soccer fans.

The stars are scheduled to perform in Glasgow, Scotland in September (14) as part of the band's Greatest Hits tour, and they plan to sing their cover version of Depeche Mode hit Just Can't Get Enough.

The girls are aware the song is a terrace anthem for fans of Glasgow-based soccer club Celtic F.C., but they are not worried about upsetting followers of the team's deadly local rivals Rangers F.C. during the concert.

Singer Una Healy tells British magazine Seven Days, "To us it is just a great song and it's one of our hits so we will definitely be performing it. We're not worried about splitting the crowd down the middle. I'm sure it won't cause any problems. Plus it will be The Saturdays' take on the song. It won't offend anyone."