UK girl group The Saturdays have fired their manager Jayne Collins, despite working with her from the start of their career. 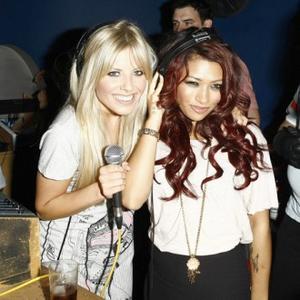 The Saturdays have fired their manager.

The five-piece girl group - which consists of singers Una Healy, Mollie King, Frankie Sandford, Rochelle Wiseman and Vanessa White - have taken the decision to part ways with Jayne Collins, who has supported their career from the beginning.

The band are starting to promote their third album 'Headlines', which will be released later this summer, and feel under pressure for it to be a smash hit and think a new approach will help them achieve their goal.

A source told The Sun newspaper: "If the new album doesn't perform well, the girls know they could be jobless. They bear Jayne no ill will but thought a new perspective might help them this time round."

The group's last LP 'Wordshaker' debuted in the UK charts at number nine before falling completely out of the top 40 by it's third week - similarly, their first album 'Chasing Lights' also peaked in the top 10 at number nine.

The girls will release first single 'Missing You' from the new album on August 9 with the LP coming out on August 16.