The Replacements Have 'Played Last Gig Together'

U.s. Rock Band The Replacements Have Played Their Last Gig Together, According To Frontman Paul Westerberg Who Reportedly Announced The Split Onstage In Portugal. 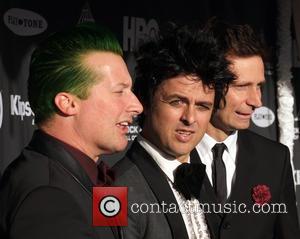 Picture: Green Day - Photo's of a host of rock and roll stars as they attended the the Rock and Roll Hall of Fame Inductees 2015...

Days after the group played their first U.K. gig in 24 years earlier this week (02June15), Westerberg reportedly told the audience at the Primavera Porto festival on Friday (05June15) that the gig would be the last time that he and his bandmates would perform together, and then smashed his guitar.

The band's reunion tour has seemingly been cut short as they have also cancelled two gigs that were due to take place in July (15).

The Replacements formed in 1979, but broke up in 1991. Despite their fractured history, the band has been hailed as a huge influence on groups such as Green Day, The Goo Goo Dolls, and The Cribs.

The Replacements Have 'Played Last Gig Together'

The Replacements Return To Studio To Record New Music