The Quiet Ones Quick Links

The Quiet Ones, Better Walk Than Ride Like That Album Review 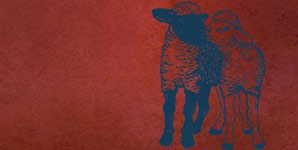 Read our review of The Quiet Ones album 'Better Walk Than Ride Like That' released through In Advance.

2008 has seen its fair share of indie bands releasing new albums but not many of those have actually stood out and shown much quality, The Quiet Ones are here to remedy that. Better Walk Than Ride Like That is the groups third studio album and itâs certainly their best showcasing great material from start to finish.

A lot of the tracks on the album have a similar energy to The Lily's âNanny In Manhattanâ or Neutral Milk Hotel's âIn The Aeroplane Over The Seaâ, already, we seem to be onto a winner with The Quiet Ones. At the centre of the project are three brothers, and at the helm is vocalist John Totten.

The sound changes effortlessly throughout the album, âAll Dayâ sounds like a hipper version of the Foo Fighters, âBiggest Loveâ has all the fun of a B52âs track without going *too* cheesy and O Mexico is reminiscent of a rockier Wilco.

The tracks were sent between John Totten and drummer/ producer Mason Neely - both on different sides of the American coast line â itâs created a wonderful vibe throughout the album and it deserves much success , this album is not only my album of the week but one of my contenders for album of the year!

The Quiet Ones Quick Links