Pixies Headline Benefit To Save Baby 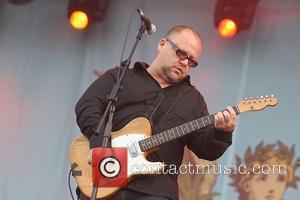 Reformed rockers The Pixies are trying to save a baby's life by headlining a Los Angeles benefit with Weird Al Yankovic and Red Hot Chili Peppers star Flea.
The Monkey Gone To Heaven hitmakers have confirmed they'll top the first of a two-night charity event held to raise funds for nine-month-old baby Winston Bertrand, who was born with two rare complex malformations which require constant care to keep him alive.
As well as performing as a group, the individual members of The Pixies will also show off their skills - drummer David Lovering will entertain with his magic act and frontman Frank Black will perform as Grand Duchy - a duo he formed with his wife Violet Clark.
Black and Lovering will also perform solo sets on the second night of the benefit event, which takes place next month (08-09Dec09).