Ultimately it's all about the line and it looks amazing! I'd go just to see upcoming Anderson .Paak on Saturday, however with Floating Points, Jagwar Ma, Little Dragon and London Grammar all on Sounds Of The Near Future Stage that night you know Parklife will be a musical education.

However, the Saturday has far more to offer than just the above. Chaka Khan performing on The Parklife Stage which will be incredible and the chance to see a true legend deliver a masterclass in vocal delivery. Other acts playing that night include: The 1975, Two Door Cinema Club and George Ezra and they're sure to bring a more typical festival feel to the event.

The line-up on The Temple stage is intriguing to say the least! DJ EZ on his own will bring some banging garage to the party that always delivers! As well as feel of the Warehouse Project & Kaluki Presents stage, with the excellent Jamie Jones headlining, also Seth Troxler and The Martinez Brothers all playing. This brings a real uniqueness to Parklife and reminds us how musically eclectic the UK is.

Fatboy Slim, Above and Beyond and Pete Tong playing at the Hangar continue the quality on Saturday night but if they don't take your fancy there's also Moodyman, Jackmaster, Lady Madonna and Fatima Yamaha playing live at the Palm House. The last two stages, Elrow Presents Far West and Powered By Utility Energy Ape & Metropolis showcase upcoming artists and well known legends such as Nightmares On Wax and Norman Jay. Incredible really!

There's also a VIP area that I thought was an interesting idea for those looking for a more city vibe within the festival. 'By Invitation Only' has an intimate exclusive club space hidden within the festivalsaid to have an 80s NYC, up close and personal vibe for DJ's sets, to create some intrigue and surprises. There's also an old skool games area, a 1980's cinema area, a Downtown street food village area, and (of course) an award winning cocktail bar! Many aspects of the VIP area remind me of The Big Chill (RIP); home to a great atmosphere that doesn't have to deep down and dirty for it to be a great addition to the festival calendar - of course you have to pay for it, however it's fairly reasonable and, I for one, am interested to see what it's all about.

The line-up of Parklife 2017 is staggering. It's truly testament to the promoters to bring such an amazing line-up to one place! Purely seeing Anderson Paak, Frank Ocean, Tribe Called Quest and Chaka Khan would be more than enough for any lover of soul music. Excited!

For more information on Parklife 2017, visit the official website. 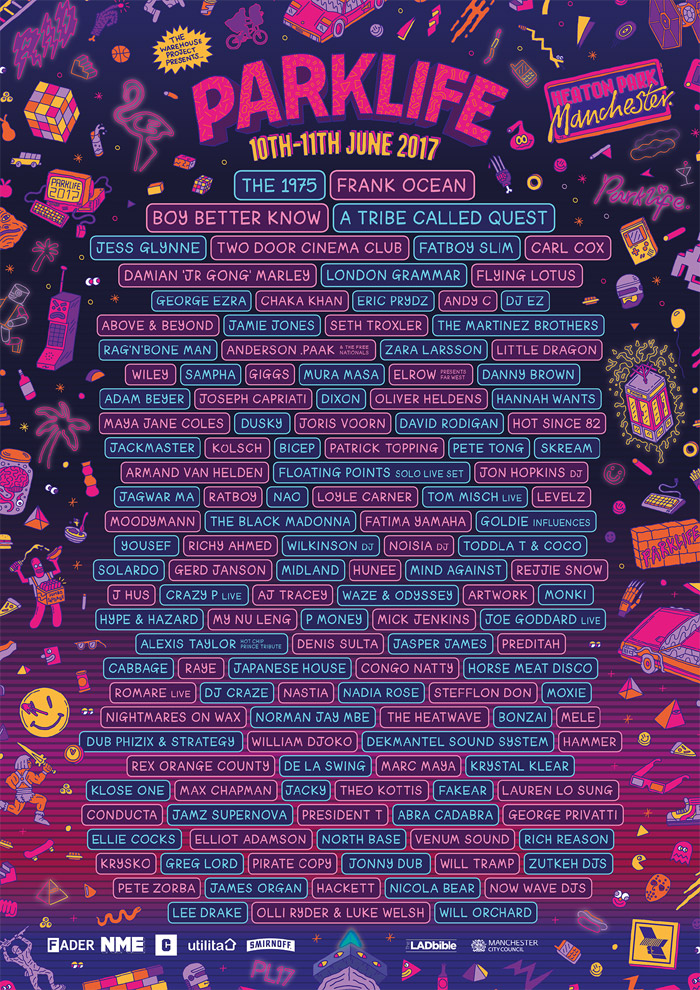