The Offspring believe now was a better time than any to release an album on the state of the world.

The Offspring believe the “time is right” for them to release a new album.

The ‘Pretty Fly (For a White Guy)’ hitmakers have addressed social issues in their 10th LP, ‘Let The Bad Times Roll’, and though some situations feel “very America-centric”, they’re also aware there’s a lot of “crazy politics” and “social upheaval” going on throughout the rest of the world.

Frontman Dexter Holland said: “It felt right to be writing these songs that talk about what’s going on right now.

“The time was right for this record. The social upheaval of the past year has been incredible. There’s a lot of crazy politics going on.

“There’s definitely been things going on in the US that feel very America-centric to us. But we see it going on around the world too – in Hong Kong, for example, and Myanmar.”

And it isn’t just the coronavirus pandemic that the group feels has caused issues over the last year.

Guitarist Kevin ‘Noodles’ Wasserman said: “There’s a lack of sex, too. People are just not having as much sex as they were.”

The band had been together for eight years before their 1994 album ‘Smash’ made them huge stars and they’re thankful they had kept their “expectations low” because it helped them cope better and paved the way for a long career.

Dexter said: “Talk about a complete change of life. Within three months, we’d gone from what we were to being a full time punk rock group, or rock’n’roll band. It was a rollercoaster… [by then] we’d been doing the band for a long time, and that was an advantage for us.

“If it had all happened within a year [of forming] it would have been different. I think we were able to weather it a little bit better. We were able to keep our expectations low because we’d had so much failure.”

The rockers insist they will be punks for life.

The singer added to The Daily Telegraph newspaper: “We all came from an era when punk rock was less of a fad. It was something you were really into. When you’re a biker, you’re a biker for life, right? But if you’re a hair metal guy, you might be a DJ after that. Punk rockers are like bikers.” 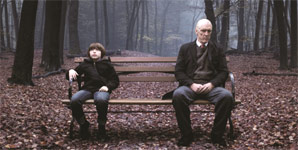 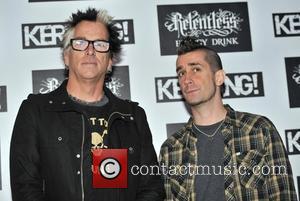