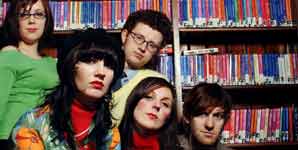 The Long Blondes announce their new single 'Weekend Without Makeup' it's to be released 19th June on Rough Trade.

Their new single, Weekend Without Makeup, (recorded with Steve Mackey (Pulp, MIA) bares all the hallmarks of a Long Blondes classic. The witty yet disturbing narratives, the barely contained guitar lines and drum crashes. Like the Slits playing Roxy Music or Donna Summer reciting the collected works of Harold Pinter, the Long Blondes are truly becoming auteurs of the perfect left-field pop song.

Over the past year or so, The Long Blondes set the pulse of music lovers racing with a brace of exhilarating 45s; The Hitchcock-inspired Appropriation (By Any Other Name), bona fide cult classic Giddy Stratospheres, and Separated By Motorways, recorded by uber-producer Paul Epworth (Futureheads, Bloc Party).

The Long Blondes, Weekend Without Makeup,... 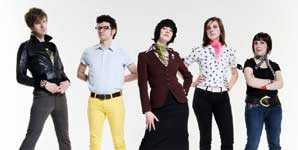 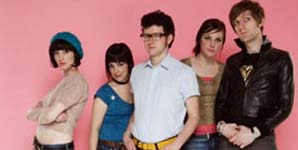