The band, which consists of Pete Doherty, Carl Barat, John Hassall and Gary Powell, were performing at the gig on Saturday (5th July) when they were forced to stop midway through their second song. The 60,000 strong crowd had pushed forward and were in danger of crushing the people at the front, as the Guardian reports.

The crowd were asked to spread out, interrupting The Libertines' 'Boys In The Band'. They were also requested at the beginning of the set to stop throwing fireworks and flares. Whilst the crowd's behaviour appeared to improve there was another incident in which a fan had to receive medical attention whilst a supporting band performed. 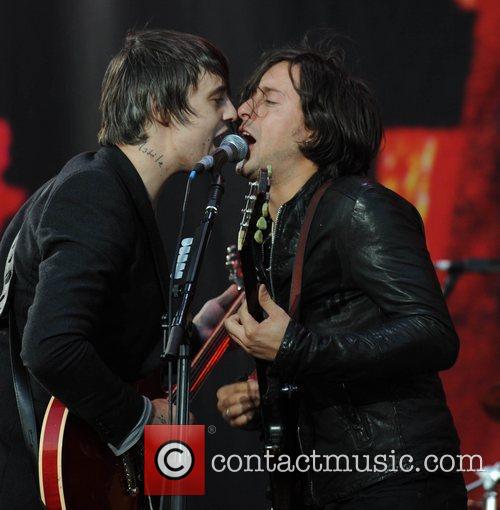 Doherty and Barat performing at Leeds Festival in 2010.

The band in question were The Pogues, whose performance was interrupted towards the end, and they only appeared back on stage for one more song before having to end their set early. Other bands who supported the act included Spiritualized, Maxïmo Park, Raglans and The Enemy.

Doherty paid tribute to a number of people during his performance including Johnny Marr, guitarist for the Smiths, and the late Gerry Conlon, who was wrongly imprisoned for IRA pub bombings in 1974. Doherty and Barat also paid tribute to the armed forces by reading out Siegfried Sassoon's 1918 poem, Suicide in the Trenches, as NME reports.

Whilst some critics claim their music ability is somewhat lacking, The Libertines' charm lies within their "ramshackle" performance (Guardian). Others believe the band to be a mash-up of the best British music has to offer and the Telegraph's critic, James Lachno, cites their music as being not unlike The Clash and The Kinks.

Read More: Alex Turner To "Dust Off Tunic" For The Libertines Reunion Shows. 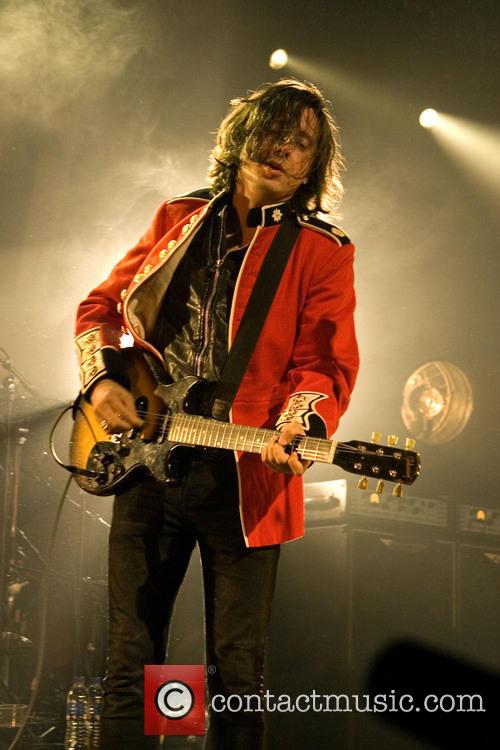