If you haven't been to the Thekla, you're missing out. If you haven't seen The Lemon Twigs, you're definitely missing out. A former cargo ship, then home to Bonzo Dog Doo-Dah Band's Vivien Stanshall, the Thekla has probably seen plenty of raucous, bonkers, sweaty below-decks activities over time. The advent of precocious nu-glam goofers, The Lemon Twigs, kicking off their UK dates, honoured that tradition of moist excitement, leaving us all requiring cold showers by the encore's final bars.

Supporting was Shock Machine, led by James Righton (ex-Klaxons). No longer moored behind keyboards, Righton cut loose with the zeal of a front man on a mission, pent-up energy spilling out all over the limited stage space. Dark hair swept back, eyes piercing and sartorially elegant in a red suit, he looked like a younger, more hyperactive Nick Cave, with hints of Tim Burgess. Their songs, part of the self-titled album due out in June, immediately pulled the audience out of their phones and their pints. "Open up the Sky", "Lost in the Mystery" and "Something More" have the obvious depth to underpin their own headline set.

The headliners took it from 0-60 in about 3.6 nanoseconds. Led from the front by Bristol gigging legend, Big Jeff, the crowd twigged out accordingly. I've never grinned so constantly through a gig before. I've also never known someone to break a snare drum after six songs from sheer brutality. Considering Michael D'Addario's overtly twig-like build, his drumming for the first six songs was uncannily forceful. Most strikes began flamboyantly from the top of his reach, sticks twirling and then hammering the beleaguered kit in a one-man percussive avalanche. From song eight onwards, Michael provided lead guitar and vocals, with Hong Kong Phooey high kicks and additional gymnastics. He'd come dressed for aerobic pursuits, in leopard print catsuit, open to the waist, like a late 70s Rod Stewart, or an early noughties Justin Hawkins, with more bounce than a Jane Fonda workout.

In the '70s, 'Brian and Michael' signified beards, flat caps and 'Matchstalk Men and Matchstalk Cats and Dogs.' In 2016, Brian and Michael means precocious teenage New Yorkers, the D'Addario brothers. This, their debut album on 4AD, is a clear marker of their significant instrumental talent and their extensive musical knowledge. A lot of these songs were written two years ago; all most of us composed at seventeen or fifteen was the occasional turgid, navel-gazing poem. Much as the D'Addarios are the future, the album takes us back to the '70s and into in an ambitious, noisy madhouse of genres.

Here's the thing, though. You know when you go to one of those eateries where you pay up front and eat gutloads of whatever you fancy? You get excited. You amass things on a plate that don't necessarily go, but you just want them? You can't contain yourself. You feel a tad bilious by the end. That's how Do Hollywood feels. It begins sunnily, with a bit of 'Beach Boys meet Mud' doo-wop, and yet by track two, the cartoonish 'Those Days Is Comin', we're already into the song probably deemed too nuts by the Beatles for Sgt Pepper. Track three, the palpably daft 'Haroomata' morphs from prog guitar and keyboards into a gaudy circus theme, during which we expect one brother to ride in on a wonky-wheeled car, dressed as Rococo the Clown.

Lead single and misfit anthem, 'These Words' shows the brothers at their coherent best, "Why should I have to follow you to know just who I am?" raising the question whether they are magpies or curating connoisseurs when it comes to their music. Pure Ben Folds though it is, it will surely live longest in our memories. There's also a madcap, Muppet-like xylophone solo (naturally). 'As Long As We're Together' gives us a lo-fi White Stripes sound, with layers of fuzzed distortion, crazed shouting and a keyboard solo that sounds like Sweep from The Sooty Show being murdered. 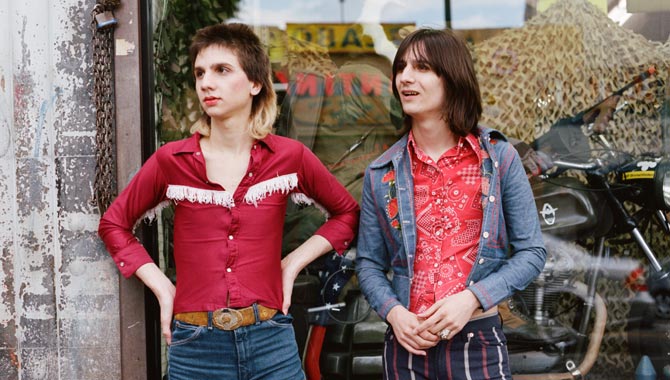 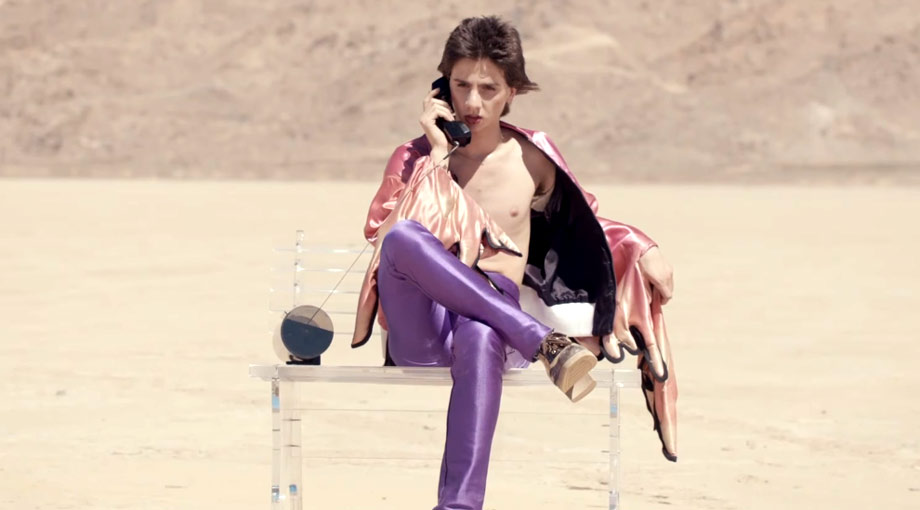