The Kooks' new single 'Junk of the Heart (Happy)' is the second single from their third Top Ten album of the same name and will be released on November 7th, through Virgin Records. It follows on from lead single 'Is It Me', which was released in September 2011.

The single was produced by Tony Hoffer, who has worked with Belle and Sebastian; Air and Beck in the past.

The Kooks' line up comprises Luke Pritchard (vocals/guitar); Hugh Harris (lead guitar); Paul Garred (drums) and Peter Denton (bass guitar). Their band name comes from a well known David Bowie song, 'Kooks'. Their first album, Inside In/Inside Out, was released in 2005 and reached number 2 in the UK Album Charts and spawned the hit singles 'Naive' and 'She Moves In Her Own Way'.

Their second album, 'Konk', was named after the recording studios in London where The Kooks recorded their prior releases. It earned the top spot in the UK album charts; lead single, 'Always Where I Need To Be', reached number 3 in the singles chart.

The Kooks have announced a now sold out European tour that starts on October 16th, 2011. From there they will tour the US. The European tour dates are listed below: 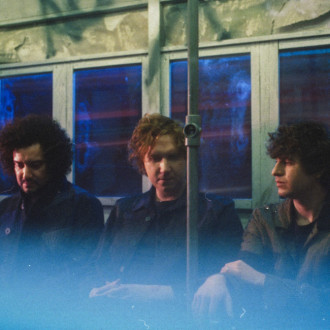