Review of Picture Book Album by The Kinks

Review of The Kink's album Picture Book released through Sanctuary. 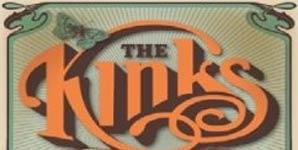 Long before either Noel or Liam Gallagher were a twinkle in their mother's eye, the first case of sibling rivalry had already taken British pop by storm. Ray and Dave Davies emerged from a succession of R'n'B covers bands - as was the norm at the time - before embarking on their own songwriting partnership as one half of The Kinks. Recruiting Mick Avory and Pete Quaife along the way, mainly as their rhythm section but just as importantly to keep the peace between the ever-warring brothers, it wasn't long before they were enjoying similar levels of success to fellow darlings of swinging sixties Britain, The Beatles and The Rolling Stones. Indeed 1964's third single 'You Really Got Me' was one of the first singles by a UK act to make its presence felt in the Stateside dominated American Billboard chart.

Five decades have passed since then, and over that time The Kinks popularity has seen more ups and downs than a rollercoaster, hitting its unparalleled peak in the mid-1960s before dropping again, then showing the odd signs of resurgence in the early parts of each of the ensuing decades that followed, if not always down to the band themselves, as the 1990s fascination with Ray Davies and co. was undoubtedly inspired by Britpop, in particular Blur, a band whose success owes a large debt to The Kinks both lyrically and conceptually.

'Picture Book' then is the nearest thing yet to a complete anthology of The Kinks. It's actually quite an attractive package consisting of 6 CDs (137 songs) and an unusually (for this kind of thing) informative booklet that acts as an accompanying programme detailing the origins of all of the songs compiled here. What makes this a tad different however is that rather than just go for the standard versions of a lot of the more well-known compositions - which most completists or 45 voyeurs for that matter will already own - 'Picture Book' contains numerous alternate takes, demo recordings, radio sessions and live versions which while giving an insight into their embryonic creation, doesn't always do the song in question justice here unlike the instantly recognisable versions that still resonate today on Classic FM and such like.

It's also worth noting the absence of some of their most notable songs in favour of the inclusion of a lot of their later, and dare I say it less feted or memorable works. Most recent album 'Phobia' takes up the bulk of the final CD for example, which while being a fairly important chapter in The Kinks history, doesn't really merit the same level of recognition as the likes of their 1967 opus 'The Village Green Preservation Society' for example, yet finds itself pruned down to size in order to make way.

Nevertheless, there are so many groundbreaking moments of excellence to choose from here, particularly across the first three CDs, that concentrating on the negatives would be defeating the object of both 'Picture Book''s real purpose and the effect The Kinks themselves had on popular music, both here and across the Atlantic.

'You Really Got Me' and 'All Day And All Of The Night' still sound as fresh and innovative as you can imagine they must have done fifty-odd years ago, the former pre-dating heavy rock's fascination with the four chord riff by a decade, the latter still finding itself covered to varying effect by artists as diverse as The Stranglers and Status Quo. It's in Davies senior's lyrical observations of changing London that The Kinks really developed as a vehicle for bridging the gap between eccentricity and unifying all elements of popular culture, the delectable 'See My Friends' and possibly first ever vitriolic scene-baiting composition 'Dedicated Follower Of Fashion' in particular raising the band's heads high above the parapet.

Having found themselves typecast as the archetypical English band of the day, The Kinks perhaps unwisely tried their take on Americana in the late 1970s, and ultimately lost a lot of their initial appeal as a result. More recently, Ray Davies has hinted at the possibility of a reformation, although his brother's ailing health seems to have put any comeback on hiatus for the foreseeable future, which is perhaps just as well as I'm sure most of us would rather remember The Kinks for what they were at their finest, and 'Picture Book', bar the odd blip, is a fascinating and timely reminder.