The Killers to release track with M83

The Killers think the song they recorded with M83's Anthony Gonzalez would make a ''great single''. 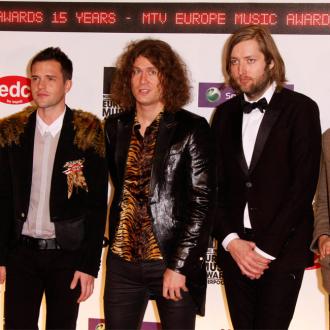 The Killers plan to release a collaboration with M83.

The rockers teamed up with the 'Midnight City' hitmakers' frontman Anthony Gonzalez to work on a song, and are so excited about the final result they are trying to make the track a single.

Guitarist Dave Keuning told Radio.com: ''I think it will be a great single when it comes out. I can't promise a date, but I think we would like to release the song on some level and I don't know how.

''I'm not saying a new album is going to come out or anything like that. But sometimes people just put out songs or it gets used for some kind of compilation. We'd like to get a new song out there soon.''

The band are usually dismissive of the producers suggested to them by their label Island Records, but were enthusiastic at the idea of working with the French musician.

Dave said: ''There was a mutual thing like, 'Yeah we think he's good. We'll try him out'. It's something we finally agreed with our label on.''

And the 'Mr. Brightside' chart-toppers were so impressed with Anthony that they hope to join forces again in the future.

Dave added: ''I think it's definitely possible. I'd say maybe there's a 65% chance we'll work with him again.''