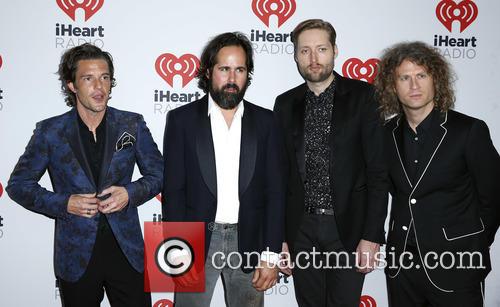 The Killers will headline TRNSMT Festival 2018

The inaugural TRNSMT festival, held on Glasgow Green, was a huge success when it took its bow this year, with 120,000 fans attending over a single weekend to see headliners Radiohead, Kasabian and Biffy Clyro. Just last week, it was named as the country’s best new festival at the UK Festival Awards.

In 2018, the festival will take place across two weekends – primarily on the weekend of June 29th-July 1st, but with two additional events on July 6th and July 8th. It is the final day of this sequence that The Killers are set to headline.

“We are truly thrilled with The Killers as our closing headliner for TRNSMT 2018,” DF Concerts head Geoff Ellis said on Wednesday (December 6th). “We can't wait to welcome the band to Glasgow Green for the first time, after a phenomenal show at The SSE Hydro in November. Stay tuned for more from TRNSMT, because we still have two incredible days of music to announce.”

TRNSMT was originally conceived as an urban replacement festival for the now seemingly defunct T In The Park festival, which was moved from its traditional Balado site to one near Strathallan Castle in 2015 and 2016. However, the 2016 edition was dogged with problems with drugs that were reported to have caused two deaths, plus a large amount of anti-social behaviour and theft on-site.

More: The Killers and other really weird lyrics [archive]