The Killers drummer Ronnie Vannucci has confessed he accidentally ''grabbed Michelle Obama's ass'' as he hugged her after the band performed at the White House. 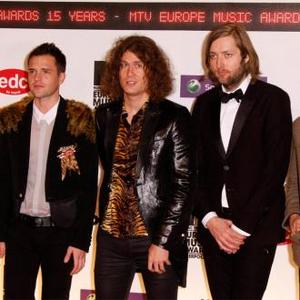 The drummer unexpectedly found himself touching the American First Lady's derriere at an inappropriate moment when she went to hug him after the group had performed at the White House in Washington DC in 2010 for her and her husband, US President Barack Obama.

He told NME magazine: ''Playing The White House was great. But I ended up grabbing Michelle Obama's ass. She's a hugger! And she's unexpectedly tall, so, when we were all being introduced to them, she went in for the hug, and, because she's so tall, she ended up with her arms over me which meant, the way I had positioned myself, suddenly I was grabbing her ass!''

Shortly after playing the show, Ronnie - who makes up the band with singer Brandon Flowers, guitarist Dave Keuning and bassist Mark Stoermer - insisted it was the highlight of his career so far.

He said: ''It was a lot of fun, we got an official letter on headed note paper and we didn't know if it was real - we read it and we were like, 'What the hell?', I heard Foo Fighters had played the July 4 show the year before so I rang Dave Grohl up and asked him what it was like. He was like, 'Dude, that's like the coolest barbeque ever, you've got to do it!' There's pretty tight security there, lots of restrictions - one of the funniest things was this very prim and proper female security guard who talked us through all the rules and then when we walked in it was totally relaxed and all the formalities dropped and Obama was great.''