The Killers Coldplay Brandon Flowers U2

The Killers don't believe they can ever overtake Coldplay in terms of popularity, but don't feel upset by that thought. 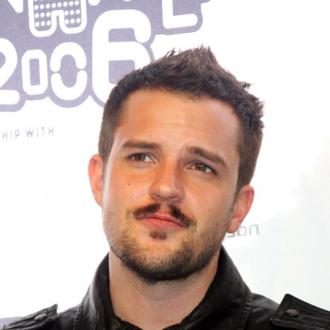 The Killers think Coldplay will always be more popular than them.

Frontman Brandon Flowers admits the British band is leagues ahead of his own in terms of becoming the next U2 and has resigned himself to the fact that he will never achieve the same level of popularity.

Brandon said: ''We're a few steps behind Coldplay. There's no catching them now. I never felt we were chasing them and I'm not deflated, but they've just taken that.''

The 31-year-old singer is highly critical of the current rock scene, however, and said that in the eighteen months the 'Mr. Brightside' hitmakers went on hiatus, the state of guitar bands got even worse and they all need to ''get over'' themselves and write songs that can compete with his own.

Brandon moaned: ''Guitar bands aren't writing songs. Write a f***ing song, get over yourself. There aren't any.

''Where are they? Dance music cannot compete with a really great rock'n'roll song.

''There ain't no DJ that's gonna play something that can take 'Mr. Brightside' or 'Don't Look Back in Anger'. Those songs are better than that, I appreciate dance culture, it's cool.

''I love bands that are able to blend that stuff, I grew up on Depeche Mode and New Order, but there aren't any bands that are giving it a run for its money.''

Although Brandon is keen to put an end to stories about hating Nirvana, he still maintains that the melancholic 90s rockers are responsible for taking the fun out of music.

He said: ''It's no offense to Nirvana, they were one of the greats, obviously, I have no qualms with that.

''But something died there too and we haven't quite gotten the groove back.''