The rockers return with a new single and the promise of a singles compilation album.

'Shot At The Night' marks The Killers return ahead of the release of their upcoming singles compilation album, Direct Hits, that will include all their hits from 2003 to 2013. The Las Vegas rockers are heading home for their latest song, with a video that celebrates the romance and thrill of night time in Sin City with a modern Cinderella story. 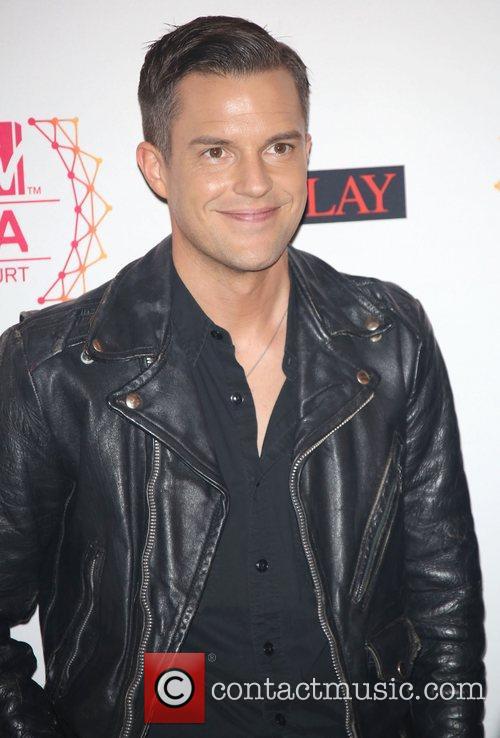 During the video, we're given shots of Brandon Flowers' new look. Gone are the flamboyant suits, wee moustache and the embellished shoulders as the lead singer eschews his Day & Age attire in favour of slicked back hair and a leather jacket.

Dark Shadows' Bella Heathcote plays a hotel maid going through the motions of drudgery as she makes beds, vacs the floor, and changes the ice in champagne buckets. No sooner has she fed her cat and crashed into bed, she has to start her shift all over again. However, on her way to work, she's so distracted by the Vegas strip happenings that she almost runs over an attractive stranger. She smiles shyly and it's clear we haven't seen the last of Max Minghell (The Ides of March).

Watch The Killers' 'A Shot At The Night' Video:

As luck would have it, the man is staying in Bella's hotel and he and his friends persuade the bashful maid to ditch her cleaning duties and join them for an evening she'll never forget. The pair frolic, dance, gamble, go for a scooter ride and kiss before the carriage turns back into a pumpkin and the sun comes up.

The song is pure Killers radio chemistry with Flowers' distinctive echoing vocals over 1980s synth swoops, some sharp guitar work and the heartbeat effect of a bare drumkit. Lyrically, the song is evocative of 'When You Were Young' as Brandon takes on a persona hungry for excitement and a glimpse of a life less ordinary. "Throw me a lifeline/'cause honey I got nothing to lose" Flowers sings longingly before the addictive chorus cries of "Give me a shot at the night." 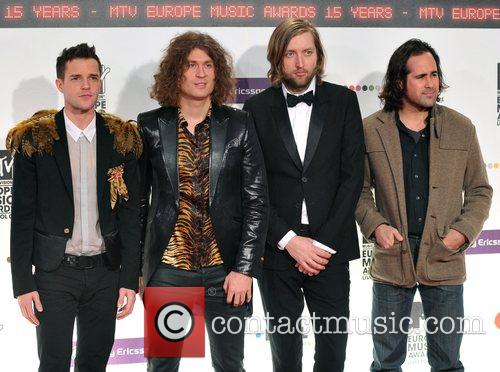 The Killers Celebrate 10 Years Of Hits.

'A Shot At The Night' will be released on the 4th November and The Killers' singles album will be out from the 11th November with another brand new studio track to be released.