The Killers Frontman Brandon Flowers Has Had Enough Of Their Annual Charity Christmas Song. 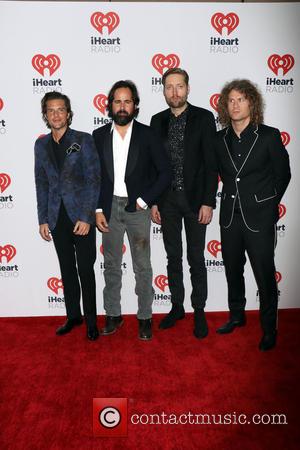 The Human rockers have released a festive track every year since 2006 to raise money for AIDS charity (RED), but Brandon is hoping he can pass the torch on to another musician because is ready to stop the tradition.

"I was 23 and I got a call from Bono about doing an ad for Gap to support the (RED) campaign, but I wasn't feeling being in an ad, so offered to write a Christmas song and it just became a tradition", he tells NME magazine.

"It raises money for people who need it so that's wonderful, but we've almost got enough for an album now and I'm starting to see the end. Every year I figure I'm going to spend three days on it and it ends up being more like three weeks.

"I think we're about ready to wrap it up. In a perfect world, I'd get some other artist to carry the torch, but I've had my fill!"

When asked who he has in mind, he replies, "I saw Tom Waits in the airport yesterday. If I'd have had the nerve to speak to him maybe I could have asked him to do a Christmas song next year, but I didn't!"