Review of Sawdust Album by The Killers 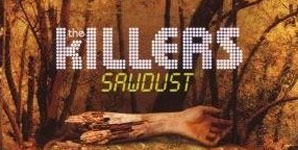 The Killers have come under a lot of criticism for daring to release a B-Side album but, like it or lump it, they've actually managed to pull it off. 'Sawdust' is a credible addition to the southern U.S. quartet's discography and despite being slaughtered by some critics; it stands to be a pretty decent album.

Flowers and Co. have drafted in, Velvet Underground's, Lou Reed to lend a hand and they've put together a few cover-song rarities for you to feast upon. The album opens with 'Tranquilize' a growing track that provides a huge atmospheric start to the album. 'Shadowplay' is a shit-hot track from the Killers, typical of the band's earlier work. 'All The Pretty Faces' is a sky-scraping anthem. 'Leave The Bourbon On The Shelf' and 'Sweet Talk' are nothing special but they bring us to some great-cover songs. 'Ruby Don't Take Your Love To Town' and 'Romeo and Juliet' are amazing. You haven't heard anything of what the Killers can do, until you hear these. There is also, for your pleasure of coarse, some remixes of the band's previous work including an incredible remix of 'Mr Brightside'.

If you want to experience an entirely new side to the Killers then this is the album for you.

The Killers - The Man Video Video