By Andrew Lockwood in Music Reviews on 23 January 2013

The Joy Formidable are not just one of the UK's best emerging bands in recent years. Consisting of Ritzy Brian, Rhydian Dafydd and Matt Thomas, The Joy Formidable is quickly establishing itself as one of the most exciting bands in modern rock. After making critics sit up and take notice with their thrilling debut album, The Big Roar, they have returned with second album, Wolf's Law, which carries on their renowned cinemascape sound that could easily fill the beautiful valleys of their homeland. 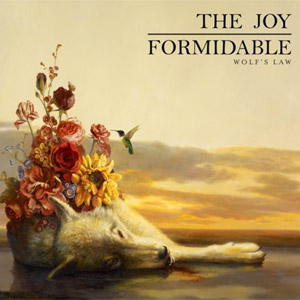 What makes The Joy Formidable so good is how the band has reinvigorated a guitar driven sound rarely heard on mainstream radio since the alt rock bands of the nineties.

As mainstream music shows no sign of slowing down in its disposability, this band are one of the few coming into the public consciousness who are taking music back to being an art form. 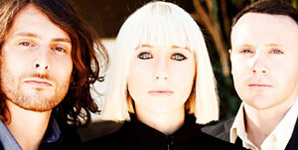 If ever a band deserved the accolade "Hardest working band in Great Britain", then The Joy Formidable would be leading contenders for that coveted first prize. Since forming in 2007 from the ashes of Manchester also-rans Tricky Nixon and Sidecar Kisses, they've spent virtually the entire four years since on the road. However, such a nomadic lifestyle has paid dividends, having built up a reputation as one of the UK's best live bands as well as a devoted legion of hardcore fans to boot. Debut long player 'The Big Roar' came out at the turn of the year to universal praise from various sections of the media (including a more than respectable 8/10 on these very pages), Rich Costey's dynamic production capturing the often cavernous force of their live sound to perfection.

By Dom Gourlay in Music Reviews on 04 January 2011

For a band who've been erring on the precipice of widespread acclaim for some time, it seems quite late in the day for The Joy Formidable's debut long player to finally make an appearance. Although initially formed in 2007, their live performances coupled with a string of well-received singles and EPs has made them several publications' tips for success in every end-of-year poll since. That they've never quite managed to fulfil their early promise could probably be accounted as being more ill fated than judgmental, although it has to be said the quality of each subsequent release since debut single 'Austere' first landed in the summer of 2008 has never wavered. If anything, they seem to have become victims of the big recession. No longer a commercially viable proposition, due mainly to their unrelenting quest for creating musical diversions both longer and louder than the average fare. Then of course there's also the fact that guitar-based pop, or 'indie' as it seems to be known these days, doesn't quite hold the same bargaining power as it did five years ago when the likes of Bloc Party, The Killers and Franz Ferdinand were conquering all around them. That The Joy Formidable have nothing in common with any of the aforementioned other than an aversion to make guitar-orientated music is of little consequence. 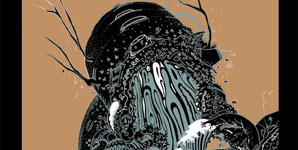